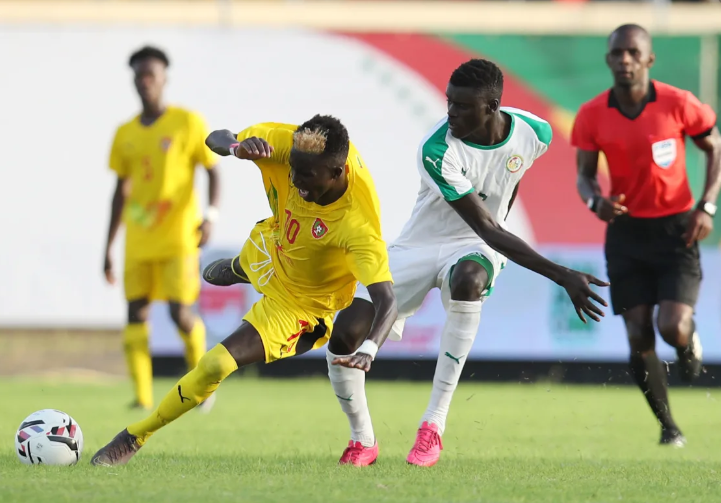 Second-half goals from Ibrahima Drame and Elhadji Kane steered Serigne Dia’s men past the Eagles in an eventful match at the Stade Lat-Dior.

Wednesday night's fixture turned out to be a physical contest with both teams throwing in tackles in the opening 45 minutes.

Mali skipper Moussa Kone was the first player to go into referee Boureima Sanogo’s book after bringing down Moussa Ndiaye. They were forced to make an early substitution after Kone appeared to have picked up an injury with Amadou Camara coming on.

The teams went into the break level despite several attempts with aerial balls in Thies.

Senegal started the second half as the better side and their hunt for an opener paid off in the 51st minute.

Ousseynou Niang drove through the Mali defence before laying an assist for Drame to score.

The Teranga Lions had another chance to double the lead a few minutes later but Assane Mbodji blasted his effort way off target.

The game continued with much more intensity from both teams, however, Senegal doubled their lead with a penalty.

Ousseynou Niang was brought down in the penalty area by an on-rushing Cheick Cadri and Kane stepped up to convert the resulting kick.

Mali were further dealt a blow in the encounter as second-half substitute Ibourahima Sidibe was shown a straight red card for a clumsy tackle.

Senegal ended the game on a high as the deafening noise of the home fans spurred them to the final of the regional competition.

They will be looking to win the 2019 WAFU Cup trophy when they lock horns against Ghana in the final on Sunday.