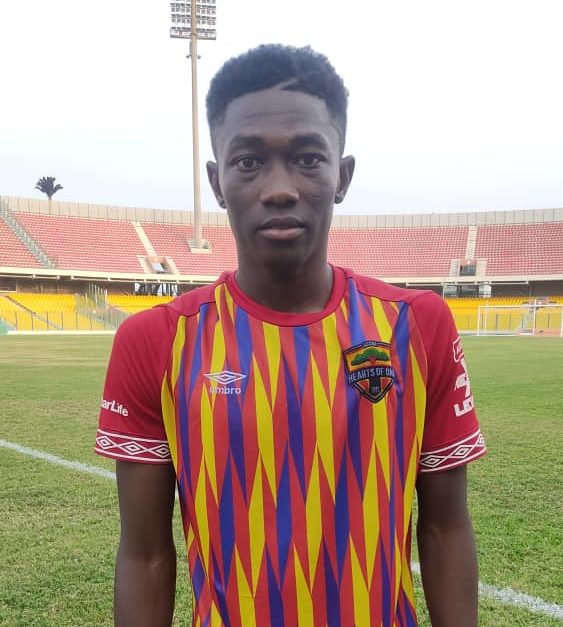 Hearts of Oak midfielder Abdul Umar Manaf was key in his side thumping of Bechem United by 6-1 on matchday seven .

The Phobians ended Bechem United's unbeaten run in a grand style as Umar Manaf was adjudged man of the match after the game.

Manaf scored the opening goal of the game in the 52nd minute as he scored to break the deadlock after the first half had ended goalless.

Former Samatex striker Victor Aidoo climbed off the bench to score a brace in the game for the Phobians to put the game beyond the reach of the away side.

Frederick Ansah Botchway also scored from the penalty spot to make it 4-0 in favor of the home side.

Prince Adu Kwabena of Bechem United pulled one back for the league leaders with a nice chip to beat Hearts goalkeeper Benjamin Ayi.

Abdul Lawali was rewarded with a goal after his impressive output in the game and Benjamin Afutu rounded it up for the Phobians with the sixth goal.

Hearts of Oak have secured their third win of the season after this result and also bagged the biggest scoreline in the ongoing Ghana Premier League.