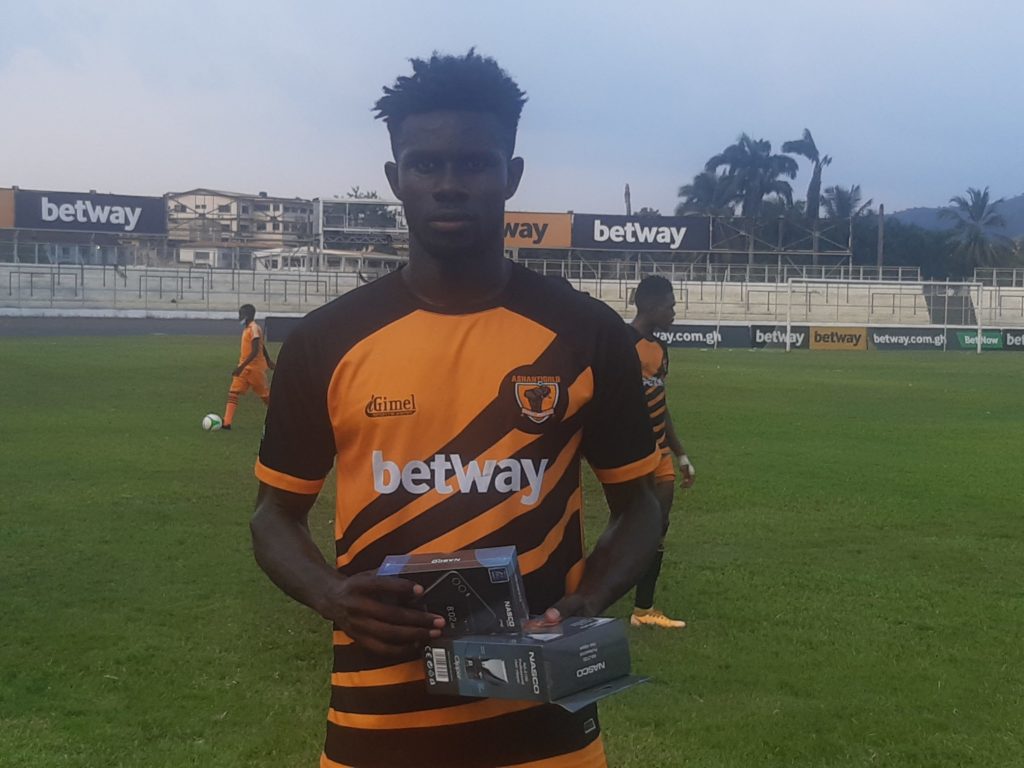 AshantiGold SC defender Michael Enu won the man of the match award when they shared the spoils with Medeama SC on Sunday in the Ghana Premier League.

The Miners were held to a 0-0 stalemate at the Len Clay Stadium in a very tight contest.

The central defender produced outstanding performances to ensure AshantiGold keep clean sheet in the league for the first time this season.

His interceptions, ball recoveries and tackles at the back made him stand out on the field.

Enu joined AshantiGold at the beginning of the season and is gradually becoming a key figure in Milovan Cirkovic's team.

The 23-year-old has now made 6 appearances out of the 9 matches played in the premiership this campaign.