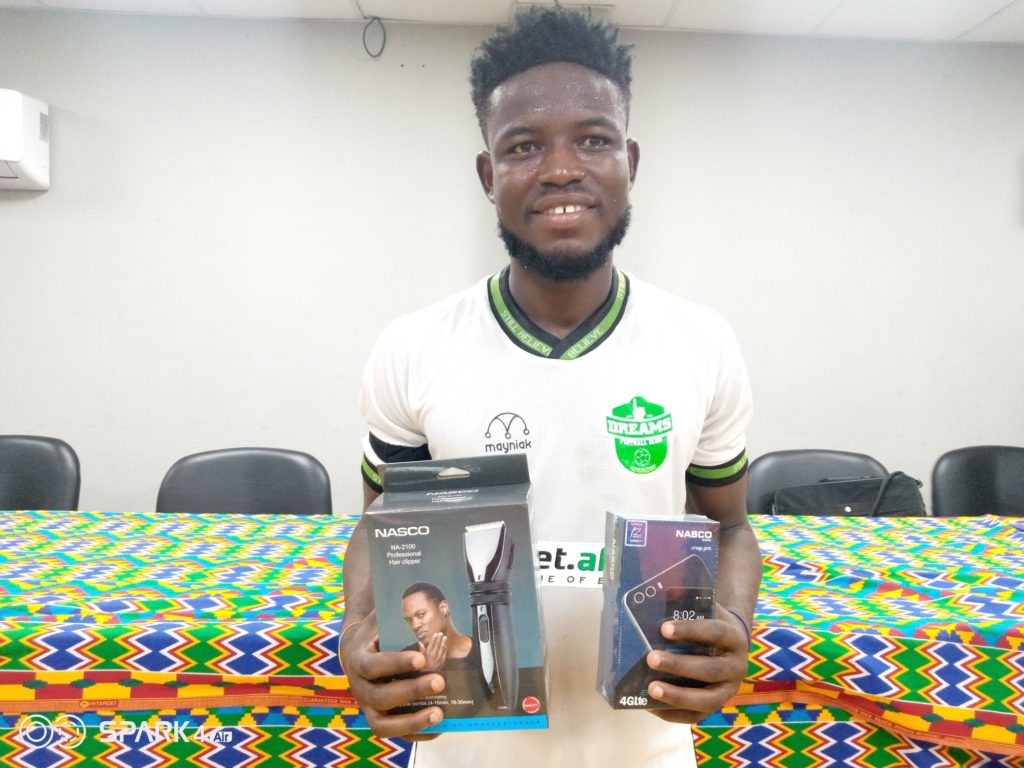 Dreams FC defender Abdul Jalilu was adjudged Man of the Match after a solid display in the goalless draw against Inter Allies on Monday night.

The young center back was as solid as a rock preventing the attackers of Inter Allies from breaking the virginity of the game.

In a highly contested game, both sides failed to score following some resilient defensive display from the two teams.

Inter Allies came close to grabbing the opener after just five minutes when Michael Kporvi, who was making his debut met a cross from Chauncy Freeman but it was calmly collected by Dreams goalkeeper Solomon Agbasi.

The home-side enjoyed best of the early exchanges as Chauncy Freeman and Daniel Lomotey had chances which they failed to capitalize.

However, Dreams FC gradually warmed their way into the game to finish the first half strongly, coming close through Abdul Jalilu and Agyenim Boateng.

The visitors returned from the break looking sharp as new signing Joseph Esso raced though but his effort was feeble to trouble Inter Allies.

Solomon Agbasi then produced the save of the game to deny Inter Allies from taking the lead after the hour mark.

Inter Allies next travel to Anyinase to play Dreams FC as Dreams FC host Medeama SC at the Dawu Park.