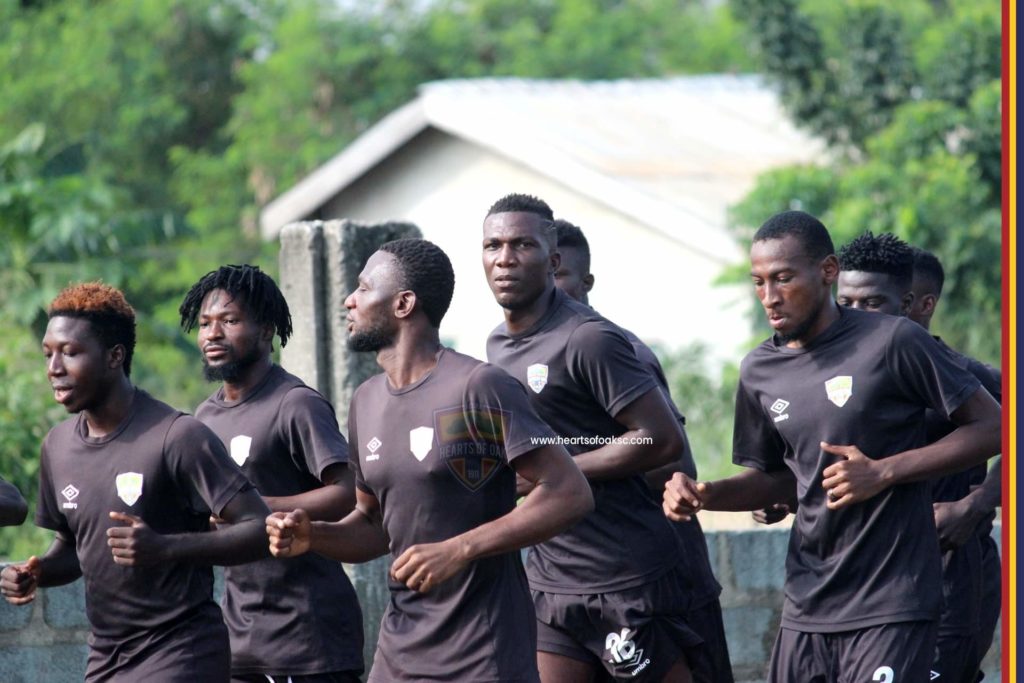 Hearts of Oak are set to unbridled star striker Abednego Tetteh on Inter Allies when the two sides square off on Matchday 3 of the 2020/21 Ghana Premier League on Sunday.

Tetteh joined the Phobians as a free agent during the transfer window.

The towering poacher is heavily expected to lead the line for the Accra-based giants following the departures of Joseph Esso and Kofi Kordzi.

However, the former Bechem United striker missed the side’s opening fixture of the campaign after contracting Coronavirus.

In his absence, Kwadwo Obeng Junior scored twice but Hearts of Ok failed to record a victory as they were held 2-2 by AshantiGold SC.

The 30-year-old striker has however completed a mandatory 14-day quarantine and is reading to go after joining his teammates in training this week.

Hearts of Oak coach Edward Nii Odoom could unleash to dead-eye striker when they play as guests to Inter Allies at the Accra Sports Stadium in Week 3 on Sunday.