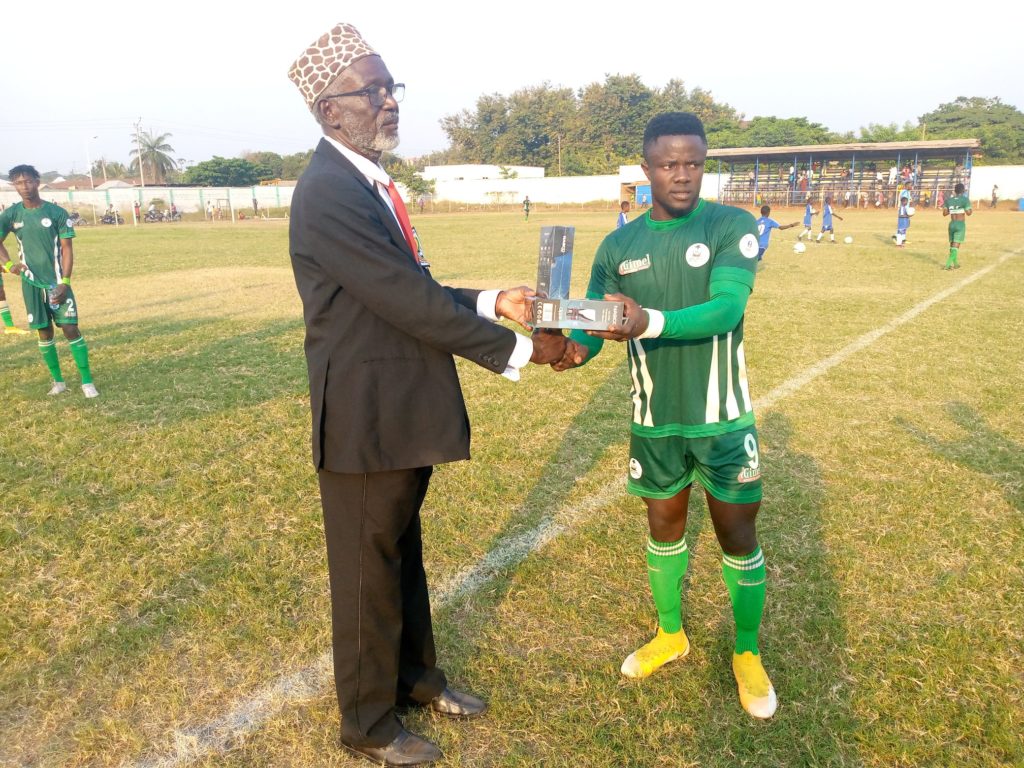 King Faisal forward Frimpong Boateng was adjudged Man of the Match in their matchday nine game against Elmina Sharks on Sunday.

The two sides shared the spoils at the Ohene Ameyaw Park in Techiman on Sunday.

Kwame Preprah nearly scored the first goal of the game for King Faisal but his effort was blocked by Isaac Donkor in the 36th minute.

Sharks were awarded a penalty in the 38th minute after a player went down in the box.

It was his third goal in a row in the Ghana Premier League for the Cape Coast-based side.

Sharks went into the break leading the tie by 1-0.

Razak Tophic scored from a free kick in the 59th minute to get the equalizer for King Faisal.