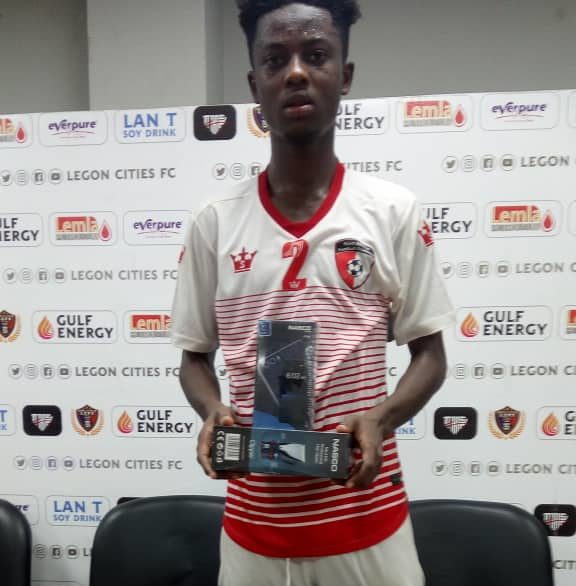 Mohammed Samed Abdul Karim was adjudged the Man of the Match in the Ghana Premier League matchday eight-game between Legon Cities vs WAFA at the Accra Sports Stadium.

The Royals recorded their first win of the season against the academy lads.

WAFA dominated the game but failed to capitalize on their chances created in both halves.

Mohammed Samed Abdul Karim was in the tick of affairs for the academy lads but failed to put the ball at the back of the net.

Legon Cities youngster Matthew Cudjoe was brought down in the box and the referee awarded a penalty to the home side.

Joseph Adjei converted the spot-kick beautiful to break the deadlock for the home side.

The Royals held on to the lead as the academy lads failed to get the equalizer.