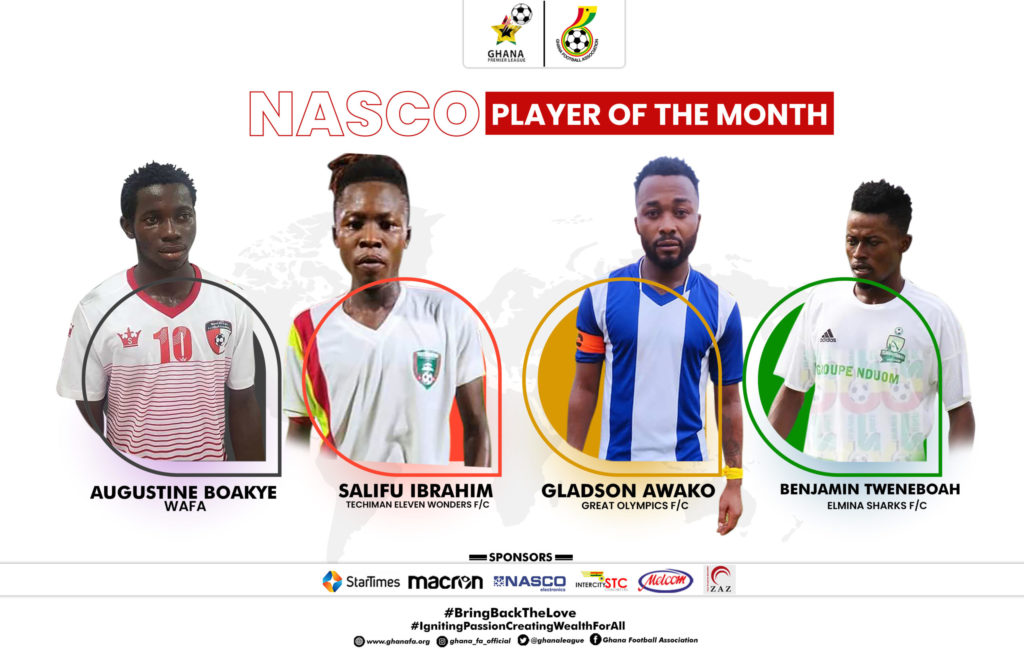 Four players have been nominated for the Ghana Premier League best player of the month for December, the Ghana FA has announced on Friday.

These are top performers in the Ghanaian top-flight in the month with goals scored, assists provision along number of man of the match awards.

The winner of the Player of the Month for December award will be announced on Wednesday January 13, 2021.