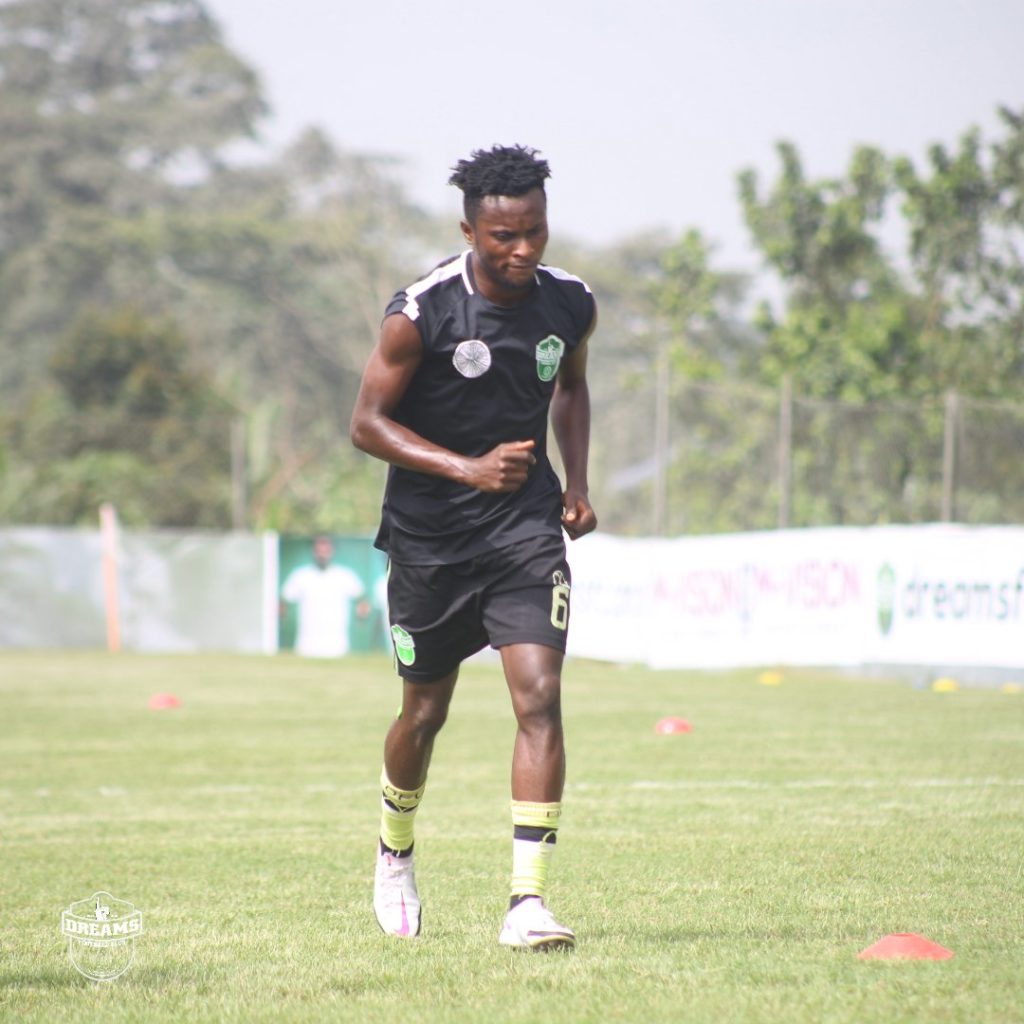 Despite dropping points at home, Dreams FC had their player Victor Owusu adjudged Man of the Match in their 1-1 stalemate with Inter Allies on Sunday, 4 April 2021 in the Ghana Premier League.

Striker Joseph Esso converted from the spot to put the home side ahead after Agyenim Boateng was fouled inside the box.

Inter Allies came prepared and after a quarter of an hour, they drew level through striker Richard Arthur who scored his first goal for the club.

He met a cross from the right side the right.

On the half hour mark, Allies were quick to launch an attack and the build up was from the right where Samuel Armah put Kingsley Kuku through on goal but the latter's shot was deflected over the bar

Then came Dreams FC. Ibrahim Issah broke away on the left side, whipped in a cross into the goal area but the Allies were up to task to return that dangerous ball.

After recess, Dreams FC continue probing for the second goal.

Victor Oduro's cross found the head of Esso but the forward's attempt was blocked by the defence as the Still Believe Lads came closer.

Allies sat deep and in one of their rare attacking moves, Ivan Anokye Mensah shot from range but it went straight to goalkeeper Solomon Agbasi.