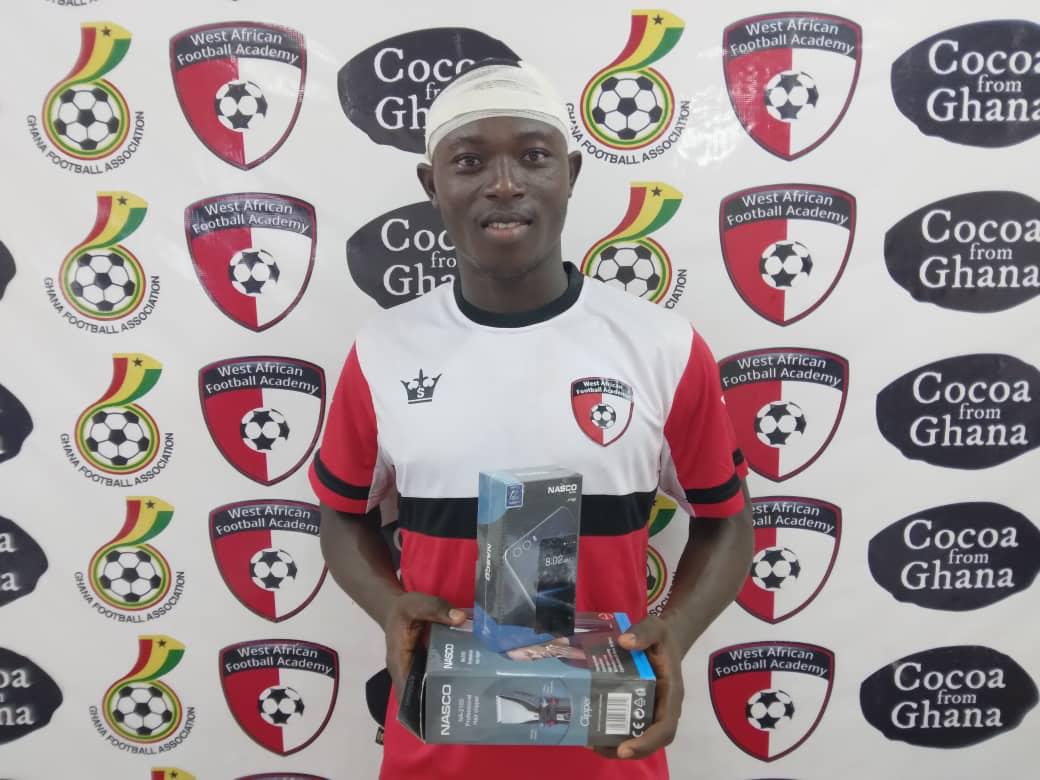 WAFA midfielder Nii Gyashie has been elected Man of the Match in their defeat to Great Olympics on Friday.

The defensive midfielder won and distributed balls effortlessly as WAFA controlled most of the game despite suffering a last gasp defeat.

Having gone two goals down before the hour mark, WAFA fought back to keep the scoreline at 2-2 with 15 minutes remaining.

Glasson Awako shot the visitors infront from a freekick before Boakye Yiadom netted at the wrong net.

But second half substitute Abdul Manaf Mudasiru scored late to hand victory to the Dade Boys.