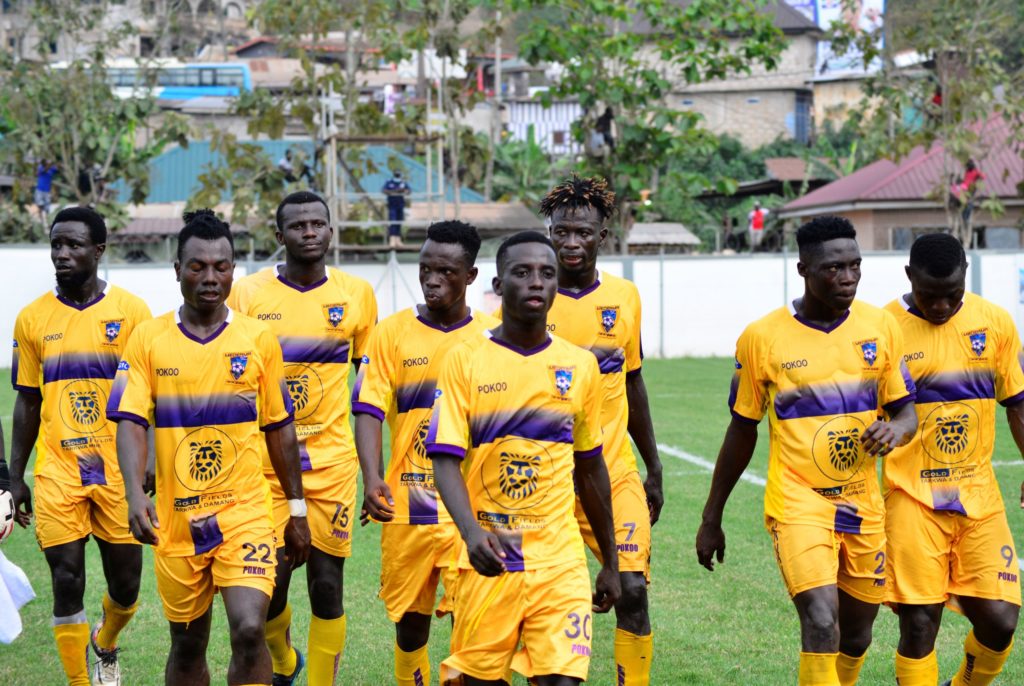 Medeama will hope to rebound when they host Bechem United on match day-14 of the Ghana Premier League fixture at the Akoon Park in Tarkwa on Sunday.

The Mauve and Yellows are bruised after Kwame Peprah scored a last-gap goal to hand King Faisal a morale-boosting 1-0 win on Tuesday.

Pressure is mounting on coach Samuel Boadu whose side has slipped to 12th after picking 17 points from 13 games.

It's been an unflattering campaign for a side tipped to battle for the Premier League title at the beginning of the season.

The Mauve and Yellows have appointed UEFA Pro License coach Seth Ablade in a bid to shore up their technical frailties which has been a major source of concern for the club.

The Finland-based coach is expected to offer technical direction for the club as they are in desperate need of oxyyen.

Samuel Boadu will have to wait until next week to unleash striking duo Amed Toure and Prince Opoku-Agyemang  - who can only be available after Sunday's match against United.

Bechem United have enjoyed a fabolous campaign so far as they sit 3rd on the league table with 22 points from 13 matches.

They travel to the Akoon Park in a buoyant mood after their 3-1 win over Great Olympics at home last weekend.

The heat will be on the home side who will play behind closed doors after being sanctioned for breaching Covid-19 protocol.

Medeama have an impeccable record at home against the Hunters and will count on their recent home form to do the magic.

They have won their last three home matches after drawing their opening three home games in the Ghanaian top-flight.