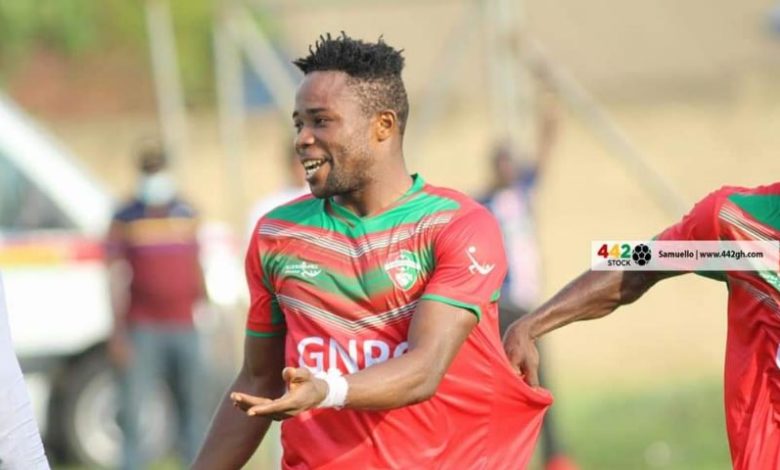 Ghana Premier League leaders Karela United know their position is at risk if they do not beat Aduana Stars at home on Saturday, 6 March 2021.

The Nzema-Aiyinase based side lost 3-1 to WAFA on the road last week which saw their lead cut to one.

Karela United have lost once at home this season and it was against Asante Kotoko.

The home team have a dynamic squad with Sadiq Alhassan anchoring the midfield in the holding role.

Diawisie Taylor and Kwame Boateng have been banging in the goals and on home grounds, you can put your money on them to score.

Aduana have shuffled their technical bench and have appointed Asare Bediako to replace Paa Kwesi Fabin whose contract was not renewed.

They look like a team out of sought as their performance has been erratic.

Striker Yahaya Mohammed got back to scoring duties in their last fixture in response to critics that he has run out of gas.

But this fixture has been overshadowed by the incarceration of defender Farouk Adams who is reported to have hit and killed a police officer.

The defender appeared in court on Thursday and charged on two counts.