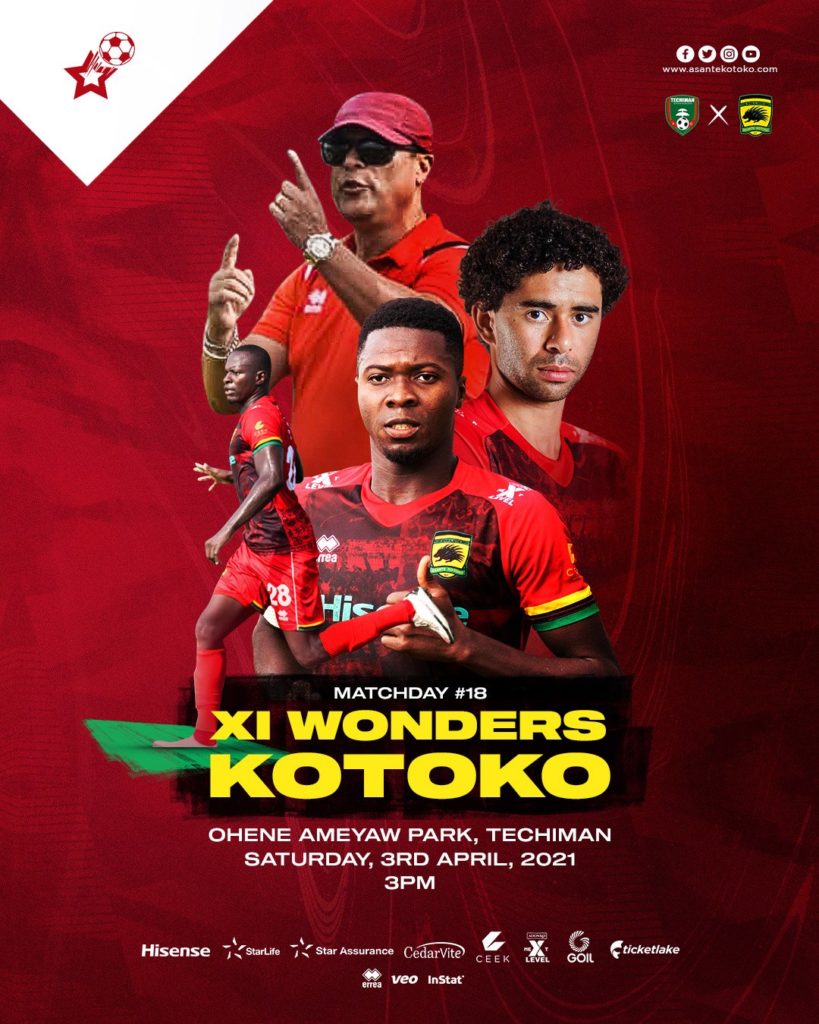 Eleven Wonders host Asante Kotoko at the Ohene Ameyaw Park in this matchday 18 fixture of the 2020/21 Ghana Premier League.

The first meeting between the two sides ended in a 1-1 draw at the Accra Sports Stadium in their opening fixture of the 2020/21 season.

Kotoko scored first though Kwame Poku in the 54th  minute before Prince Okraku got the equalizer for Eleven Wonders.

The defeats were against WAFA and Dreams at their own backyard.

Speaking to the media ahead of the game Eleven Wonders CEO, Albert Commey said, “It’s going to be a normal game and we want to win. In our first game against Kotoko, they now know they can’t underrate us”.

Asante Kotoko in the first round had a good away record under coach Johnson Smith and Abdul Gazale.

Newly appointed coach Mariano Barreto will be on the sidelines for his first game of the season against Eleven Wonders.

Kotoko has made some new additions in the second transfer window with the signing of Sarfo Taylor and Michael Vinicius to strengthen their attack ahead of the second round of the season.

The Porcupine Warriors are eyeing the league trophy this season to make a return to the Africa club competitions.

Kotoko finished the first round in the fourth position with 27 points with an outstanding game.