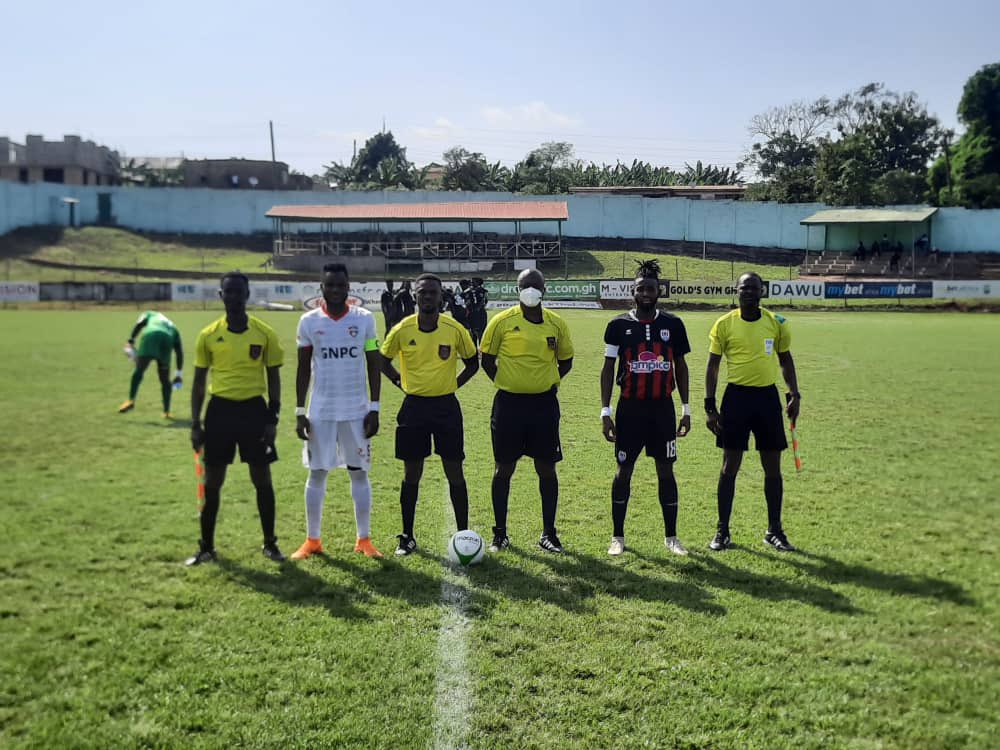 Inter Allies dented Karela United's title credentials after cruising to a comfortable 2-0 win over the Anyinase Boys at the Dawu Park.

Second half goals from Nafiu Suleman and Samuel Armah ensured the hosts grabbed their first win in four matches and boost their survival chances.

Nigerian forward Kingsley Fedelis Kuku nearly opened the scoring for the Eleven is to One Boys, but his goal bound shot was cleared off the line by the Karela defence.

Minutes later, the ever-present Richmond Lamptey's effort was forced away before Nafiu Suleman forced a great save from Karela goalie Richard Baidoo.

Just before half-time Samuel Armah's long range drive was again kept out by the busy Richard Baidoo, and Richard Arthur and Suleman combined to test the defence of Karela but had to go for the break with the scoreline goalless.

Inter Allies were determined for an opener, with coach Felix Aboagye bringing on Alex Aso for Fidelis Kuku.

Richard Arthur was replaced by Andy Okpe and in between the substitution was another brilliant effort from Lamptey.

The changes proved to be tactical as Nafiu Suleman broke the deadlock with twenty minutes left.

Inter Allies thought the lead had been doubled after finding the back of the net four minutes later but the referee whistled for offside.

With eight minutes left, Inter Allies were awarded a penalty which was expertly converted by Samuel Armah as the hosts doubled their lead.

From that point it was all Inter Allies who went on to pick their first win of the second round at their makeshift home in Dawu.