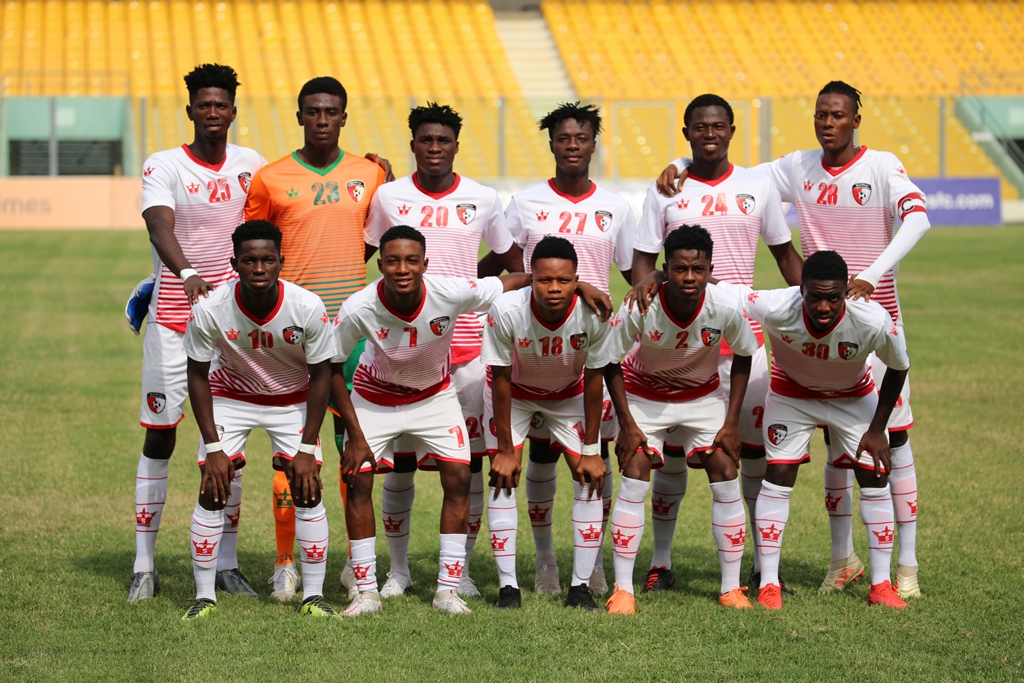 WAFA started their home campaign in the second half of the season with a slim 1-0 win over Bechem United on Sunday, 11 April 2021.

The Academy Boys made a promising start under the opening minute and quickly got a corner kick. It was beautifully taken but Konadu Yiadom headed over the post.

After ten minutes, Augustine Boakye was  fouled at the edge of the box for a free-kick.

The talented playmaker dusted himself off and took the kick but that it went off target.

WAFA were in firm control pinging the ball around neatly and with some embroidery but could not unlock the defence of the visitors.

For the opening 40 minutes, it was all about squandering of chances as Bechem United were also awarded a free kick but couldn't punish the academy boys.

Two minutes to half time, midfielder Lawrence Agyekum fired home the opening goal from outside the box.

After the break, WAFA worked for two corner kicks in a spate of four minutes.

First, it was Augustine Boakye whose strike from distance was pushed out for a corner kick by the  Bechem goalkeeper.

Then Justus Torsutsey struck from 18 yards out but it was palmed away by the goalkeeper for another corner kick.

In all these, WAFA's corner kicks were wasted.

WAFA had goalkeeper Osei Kwadwo Bonsu to thank after his heroics denied  Bechem United the equalizer after he pounced to smother a through ball.