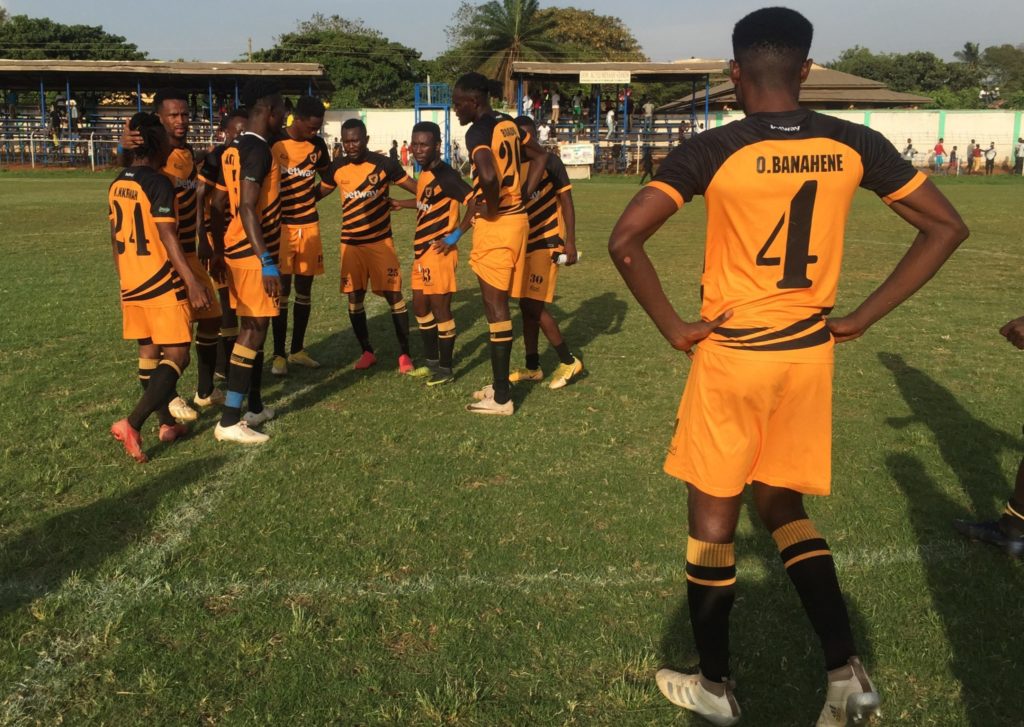 AshantiGold SC have been decent in the second round of the Ghana Premier League after going three matches without a defeat with two away draws and one win.

The Miners aim at keeping the momentum when they tackle Bechem United in a matchday 21 encounter at the Len Clay Stadium on Sunday.

Despite being unbeaten in their last four league games, AshantiGold have been unimpressive in last four months.

They have managed to win only two of their last 12 matches during this period.

French trainer Romain Folz has his eyes set on a top four spot at the end of the season but Gold and Black outfit are currently 8th on the league log.

A win over Bechem on Sunday will see them go 30 points and a possible 6th place on the standings.

Folz is having a fully strength squad available for selection to face the Hunters who have been a boogie side for the Miners in recent times.

Bechem will be taking on AshantiGold with high confidence and morale coming from a 4-0 trouncing of Aduana Stars in the last league fixture last weekend at home.

The Hunters will be counting on their dominance over AshantiGold in recent years to record a second away victory of the season.

Bechem are undefeated in their last three visits to the Len Clay Stadium where they have won twice and drawn once in the process.

They have suffered only one defeat in their last five matches against AshantiGold where they are the guests.

The Hunters have visited Obuasi this season and the result was unpleasant as they lost 4-0 in the hands of Asante Kotoko SC.

Kasim Ocansey Mingle and his boys are occupying the 7th position on the league standings, three points above the Miners.

Striker Hafiz Wontah Konkoni was crowned the club’s player of the month for March and he is expected to lead the attack for the side on Sunday.