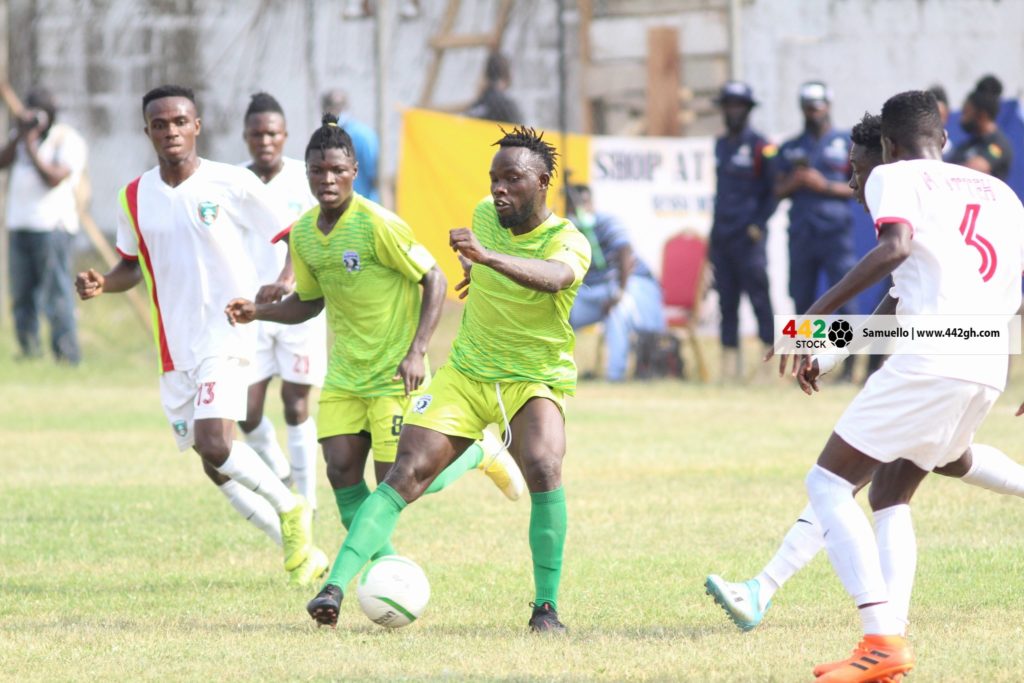 Techiman Eleven Wonders claimed the bragging rights in the Bono derby against Bechem United in the Week 28 of the ongoing Ghana Premier League on Sunday.

Wonders went into the match with the aim of extending their winning run to two after last week’s 1-0 victory against King Faisal Babies.

The Techiman lads began the game in a superb fashion - showing clear intent and determination to beat the drop.

Ignatius Fosu’s men broke the deadlock of the game courtesy a penalty goal by captain Tetteh  Nortey after three minutes into the encounter.

The hosts ensured they went to recess with a comfortable result after last-gasp goal by experienced striker Alex Asamoah.

Bechem United return from half time with great determination to get back into the game as they moved the ball quickly and created some decent openings.

It was not long before the Hunters retained some hopes of a fight-back after referee Isaac Osei awarded them a penalty in the 78th minute.

Steven Owusu stepped up to fire home a brilliant penalty to make the scoreline 2-1.

The visitors kept on fighting for the equalizer but the steady defense of Eleven Wonders saw the match end in a 2-1 victory to the home side.

The result means Wonders have closed the gap between them and Bechem United to just a point.

Bechem are on 12th position with 34 points whiles Wonders are sitting at 13th with 33 points from 28 games.