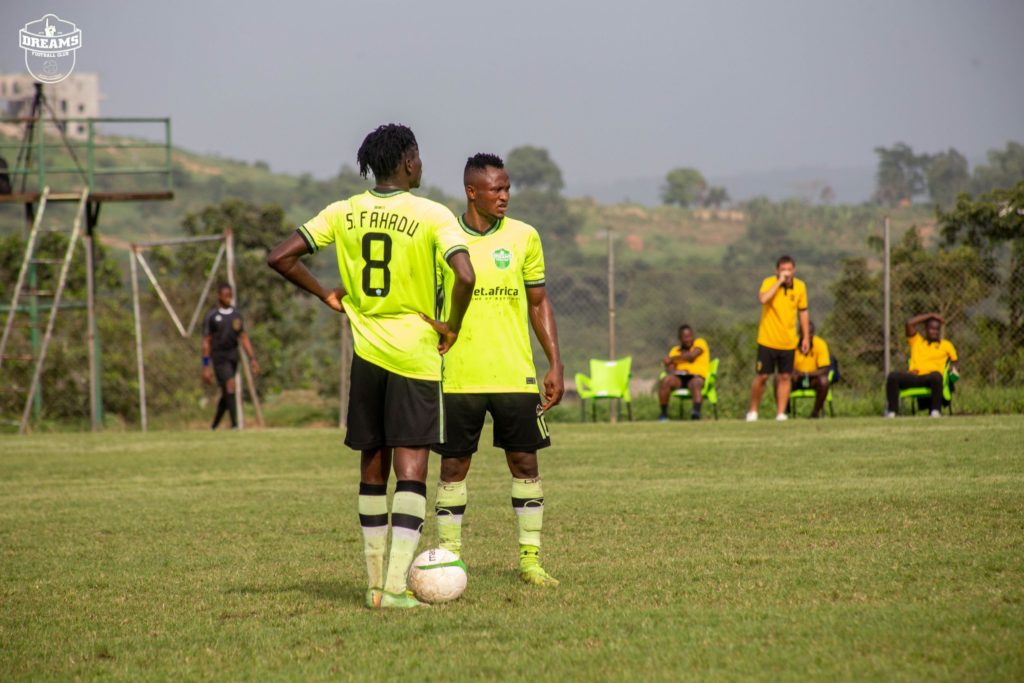 Dreams FC can give their Top 4 charge a boost with a win against Eleven Wonders at the Theatre of Dreams in Dawu on Wednesday, 23 June 2021.

The Still Believe Lads put up a brave fight to earn one point at WAFA at the weekend.

They are currently in fifth place with 45 points and can do their hopes of going one better a lot of good with a win.

Head coach Vladislav Viric and his charges are making their home turf a fortress as they have won their last five matches.

If they win on Wednesday, the current batch of players will set a club record for consecutive home wins.

They have never dropped points in Dawu after drawing 1-1 with Inter Allies.

Eleven Wonders bane is a wretched away record and this will be their second straight match on the road.

Last week, they fell to the sword at Elmina Sharks in a 2-1 defeat at the Papa Kwesi Ndoum Stadium.

Wonders’ only away win of the season was against King Faisal and that was played at the Nana Ameyaw Park in Techiman.

Revenge is on their minds after 2-0 to Dreams during the first round.