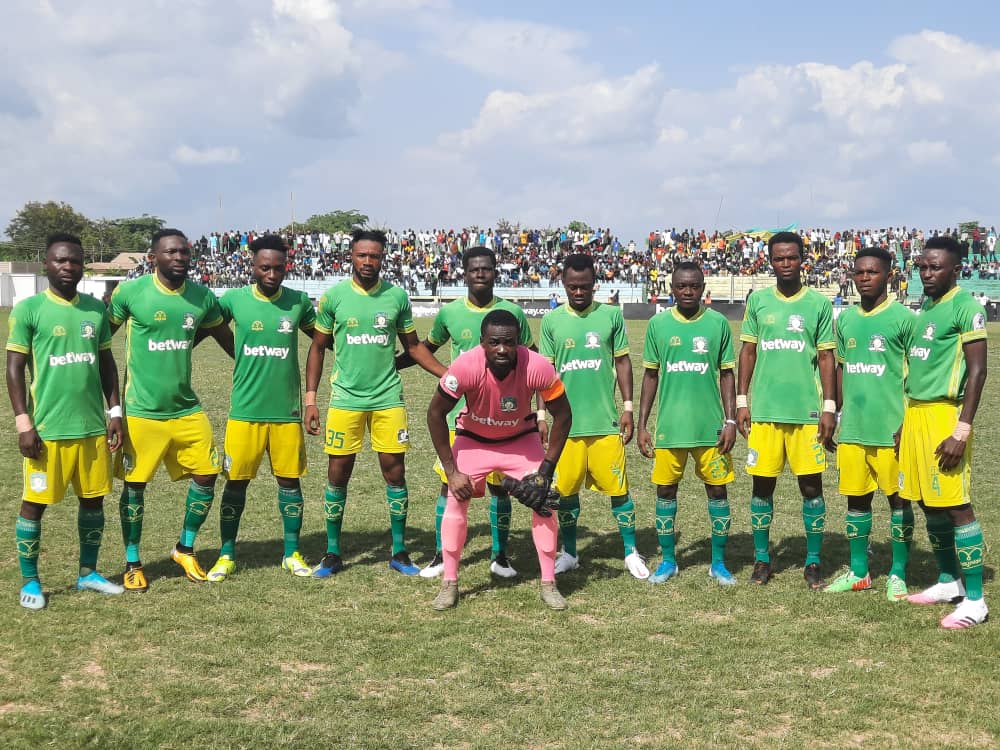 Aduana Stars will be at the Nana Agyemang Badu Park in Dormaa Ahenkro to tackle AshantiGold SC in round 32 of the Ghana Premier League.

With a top four finish in their sights, Aduana will go out for a victory against the Miners on Sunday.

The Ogya Boys are currently sitting at the 8th position on the premiership standings with 46 points, two more adrift the top four places.

Aduana remain the only unbeaten side at home in the league this campaign having managed 11 wins and 4 draws from 15 matches in Dormaa Ahenkro.

Asare Bediako and his boys would be counting on their home invincibility to clinch another victory over AshantiGold.

Winger Sam Adams has been in immense form in the last three matches for Aduana as he scored four goals in the process.

A lot will depend on Adams if the Ogya Boys will be able to overcome the Miners on Sunday. He has bagged 10 goals in 28 appearances so far.

Aduana will be boosted by the return of central defender Nurudeen Abdulai who could be lined up against his former club on Sunday.

AshantiGold having their eyes on a top four spot at the end of the season means they have to win all three remaining matches to achieve that.

A defeat to Aduana on Sunday will mean the Miners can only finish outside the top five on the premiership standings in the end.

AshantiGold are currently 9th on the league table with 41 points from 31 matches. They are seven points below the top four places.

The Gold and Black outfit are on a three-game unbeaten streak going into this match having won two and drawn one and aim at extending it against Aduana on Sunday.

AshantiGold thrashed the Ogya Boys 4-0 in the reverse fixture in Obuasi.

They have managed to pick just two points in their last five visits to the Nana Agyemang Badu Park in league games against Aduana.

The last journey to Dormaa Ahenkro saw the Miners hold Aduana to a scoreless stalemate at full-time.

Striker Gordon Kusi Brokelyn has returned from injury to make the match squad for the trip while goalkeeper Kofi Mensah remains out with an injury.