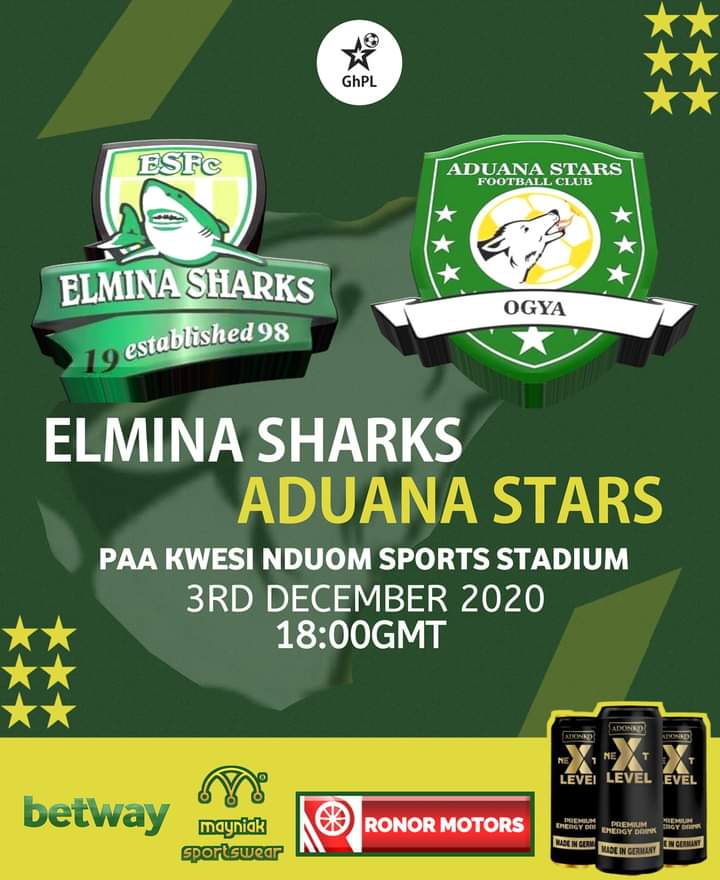 Two times Ghana Premier League Champions Aduana Stars will travel to Elmina to play Sharks on matchday four in search of their first win of the season.

But will face stiff opposition in Elmina Sharks who are yet to lose a game after three draws in three matches.

The hosts go into the game with a complete squad after players of the team that contracted COVID-19 were cleared following a negative second test return.

However, the 'Ogya' boys  will be missing talismanic forward Yahaya Mohammed through an injury he picked in their game against King Faisal.

Coach Paa Kwesi Fabin will rely on the evergreen Bright Agyei to deliver in Elmina, with Samuel Bio providing support from the flanks.

Meanwhile, Elmina Sharks coach Yaw Acheampong has enough fire power to cause an upset with pacy winger Benjamin Tweneboah expected to cause problems for Aduana. James Bissue and Richard Mpong are veterans in the Ghana Premier League and give the Nduom Boys a fine balance.

Elmina Sharks are yet to record a win against Aduana Stars in their last three meetings, having lost twice and drawn one.