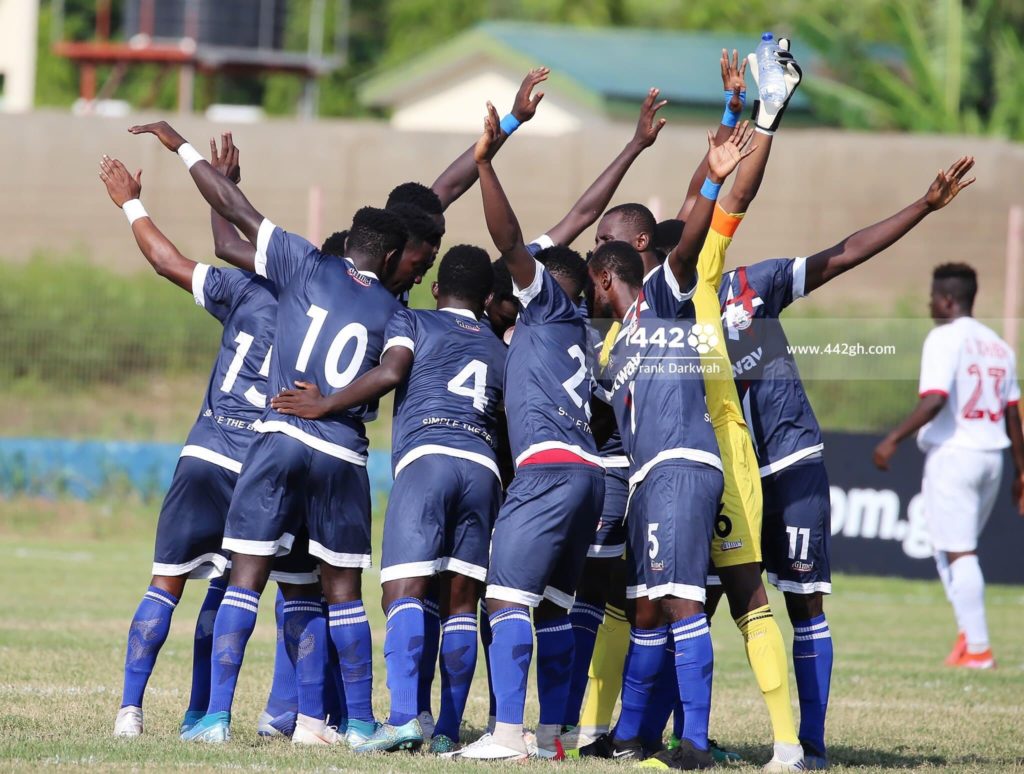 Great Olympic are yet to kick a ball since their impressive 3-0 battering of Legon Cities, but will make a short trip to Dansoman to play Liberty Professionals on matchday 5.

Olympics are oozing with so much confidence after a great start to the campaign, having beaten Cities and ddrawn in Tarkwa against favourites Medeama SC.

The 'Dade' Boys have two outstanding games against Asante Kotoko and Ebusua Dwarfs.

Meanwhile, their opponents on Sunday Liberty, tasted their first defeat of the campaign against Berekum Chelsea last week, ending a run of three successive draws.

Both sides head into the game without injury troubles, and playmaker Gladson Awako is expected to play a key role for Great Olymmpics at the Carl Reindorf Park.

Accra Great Olympics travel to their rivals with a good head to head record, recording six wins from eleven games and and two draws.

Liberty Professionals will count on star midfielder Godfred Atuahene to produce the magic as they seek their first win of the campaign.