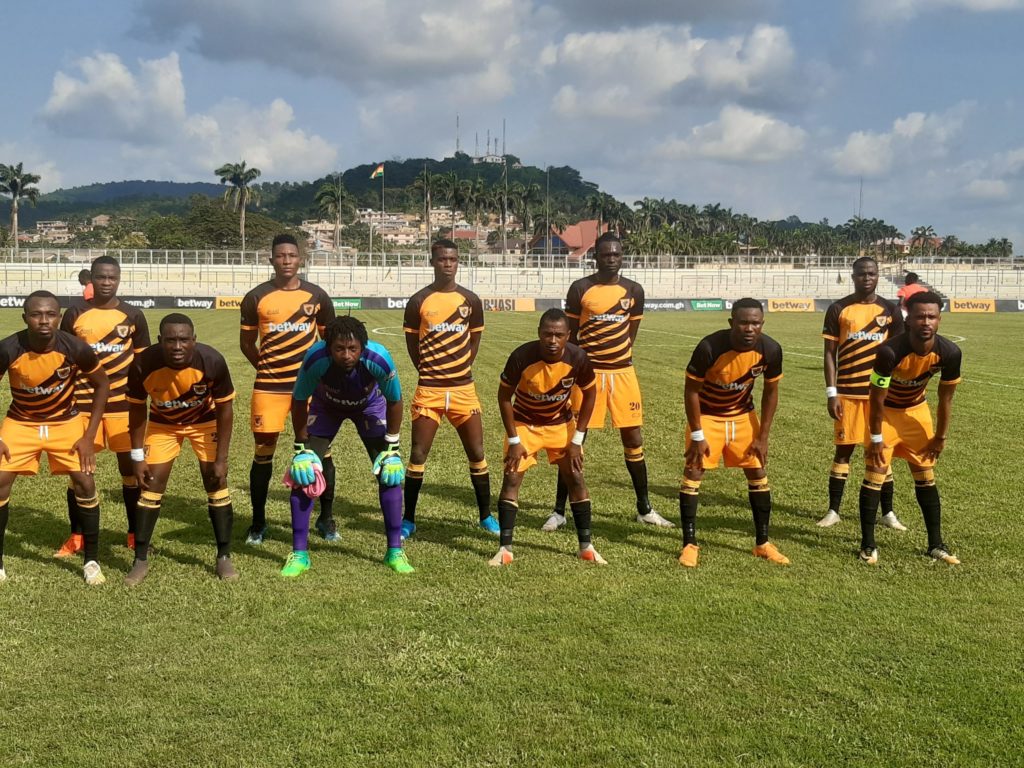 AshantiGold SC recorded their first victory of the season as they come from behind to beat Elmina Sharks FC 4-2 at the Len Clay Stadium on Sunday.

A brace from debutant Dacosta Boadu, first goal of the season by David Abagna Sandan and an excellent free-kick from Appiah McCarthy ensured the Miners clinch all points.

Sharks taste their first defeat of the season after going unbeaten in the previous four matches.

Milovan Cirkovic made four changes to his squad with Robert Dabuo replacing Burkinabe import Mohamed Bailou between the sticks.

Atta Kusi also took the place of Kwadwo Amoako at right back whilst Dacosta Boadu came in for injured Hans Kwofie.

Joseph Essam manned the goal posts in place of Lord Bawa Martey who is injured.

The visitors opened the scoring of the match as early as the 3rd minute after Benjamin Bernard Boateng benefited from a goalkeeping howler to slot in.

Boadu netted his debut goal in the 62nd minute with a fine header to give the hosts the lead.

Boadu got his second goal of the game after nodding home a cross from Togolese left back Amouzou in the 68th minute.

Sharks pulled one back five minutes from full-time through Benjamin Tweneboah.

Midfielder David Abagna Sandan put the icing on the cake in the 90th minute following a free-kick from McCarthy.

AshantiGold host King Faisal Babes on Wednesday in an outstanding fixture at the Len Clay Stadium.

Sharks will be at home to entertain Inter Allies FC in their next league game next weekend.