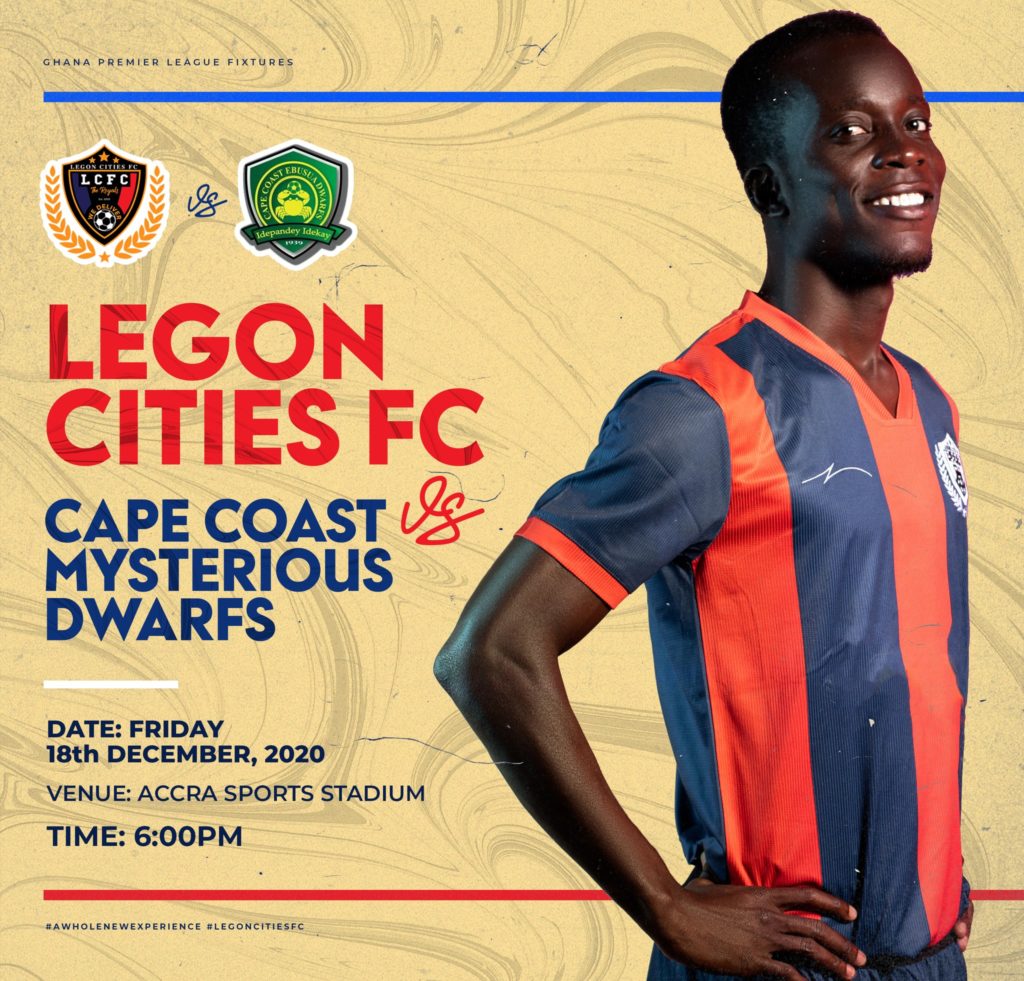 Legon Cities FC will be chasing their first win of the season when they welcome Ebusua Dwarfs at the Accra Sports Stadium for matchday 6 of the 2020/21 Ghana Premier League.

The big spenders are having a difficult start to the season after two defeats and three draws in five games.

Ghana's legendary forward Asamoah Gyan who joined the club in the transfer window is also yet to make any significant impact this season.

Meanwhile, the Crabs have a win this season after defeating Chelsea in Cape Coast on matchday three and have a game in hand against Great Olympics.

Ebusua Dwarfs have lost three games already this season with the latest against Medeama at the Cape Coast Stadium at the weekend.

Legon Cities have made changes to the technical department of the club after replacing Goran Barjakterevic with experience gaffer Bashir Hayford.

The Accra-based side put up an impressive performance against Asante Kotoko in Accra on matchday five despite losing 1-0.

The last time the two sides met it ended in a 1-1 draw, the fourth stalemate between the teams.

But Legon Cities, formerly Wa All Stars have two wins to Dwarfs' single win against them.