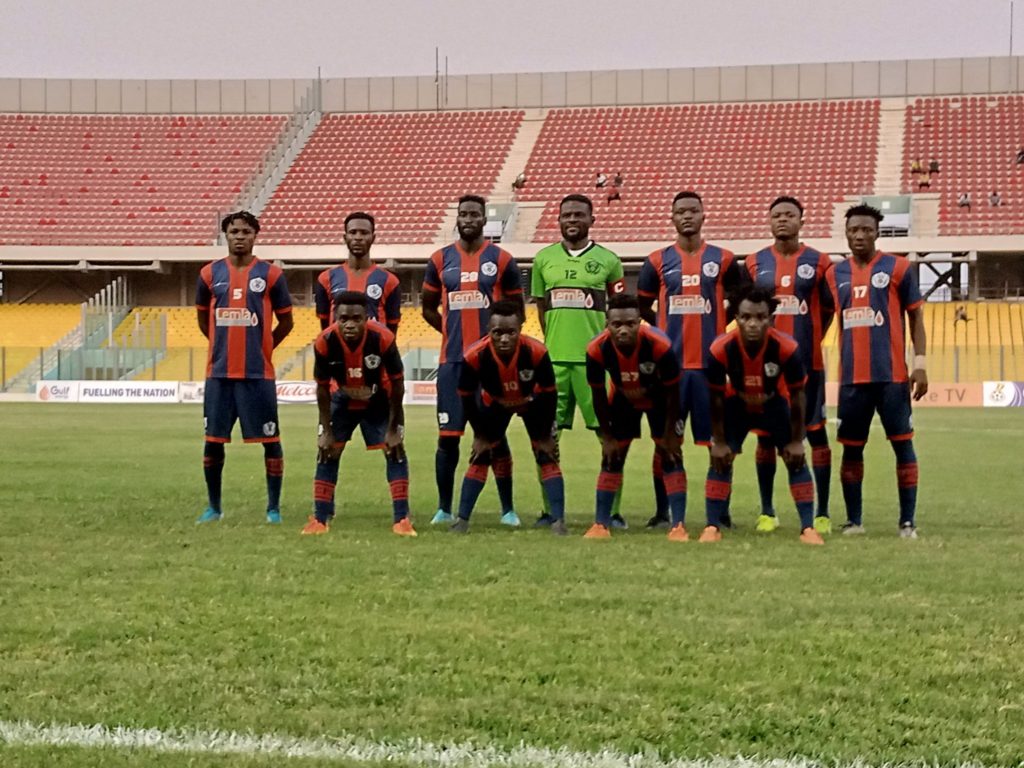 Legon Cities recorded their first win of the season after a hard-fought win against WAFA on matchday eight in the ongoing Ghana Premier League.

Joseph Adjei's scored the only goal of the game through the penalty spot to secure all three points for the home side.

The first half ended goalless after both sides failed to broke the deadlock.

There were calls for a penalty from Legon Cities in the 20th minute as Jonah Attuquaye was brought down in the penalty box but the referee waved on for play to continue.

WAFA had an opportunity to score the first goal of the game from a free kick in the 19th minute but Legon Cities goalkeeper Fatau Dauda was up to the task and saved the situation.

Just after recess, Matthew Cudjoe was brought down in the box and the referee awarded a penalty in favour of Legon Cities.

Joseph Adjei converted the spot-kick beautiful to break the deadlock for the home side.

The Royals held on to the lead as the academy lads failed to get the equalizer.

The Royals have finally won a game after eight matches played in the ongoing Ghana Premier League.