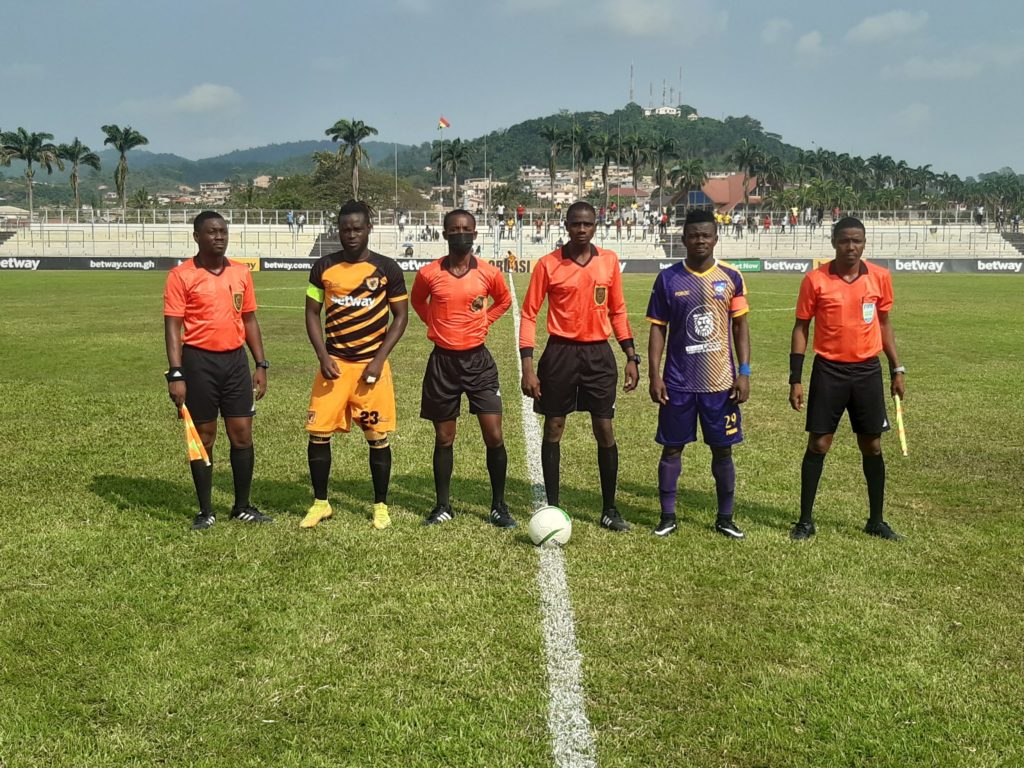 AshantiGold SC were held at the Len Clay Stadium to a scoreless stalemate by Medeama SC in the Ghana Premier League on Sunday.

The entertaining and tight match saw the Miners keep clean sheet at home for the very first time this season likewise the Mauve and Yellows who also managed their second clean sheet on the road this campaign.

Milovan Cirkovic made three alterations to the set up that clinched a vital away victory over Great Olympics in Accra last weekend coming from a goal down.

Young goalkeeper Felix Clottey who was given his AshantiGold debut last week maintained his position in the starting lineup.

Agyenim Boateng and Joseph Tetteh Zutah made way for Richard Boadu and Ebenezer Ackahbi in the starting lineup respectively.

Absence of first choice goalkeeper Eric Ofori Antwi paved way for Frank Boateng to start in the goalposts against his former club.

The first half was virtually balanced since both teams looked very cautious and also failed to create significant goal scoring opportunities.

The first goal chance fell the way of Medeama but goalkeeper Clottey made a spectacular save in one-on-one situation to deny Ackahbi from putting Medeama ahead in the 53rd minute.

AshantiGold's first goal attempt came in the 61st minute after Hans Kwofie volleyed a cross from Yaw Annor but goalkeeper Boateng saved the situation for the Mauve and Yellows.

Boateng was the hero this time as he quick double save to as he parried away a shot from Kwofie and also another from Emmanuel Owusu with his legs in the 78th minute.

Medeama came close after breaking on a counter attack but Ackahbi's effort was saved by AshantiGold goalie Clottey a minute later.

The two teams tried to find the back of the net but none of their attempts could result in a goal.

AshantiGold will be travelling to the capital to take on Legon Cities FC on Friday on match day ten whereas Medeama welcome Inter Allies FC to the Tarkwa Akoon Park next Sunday.