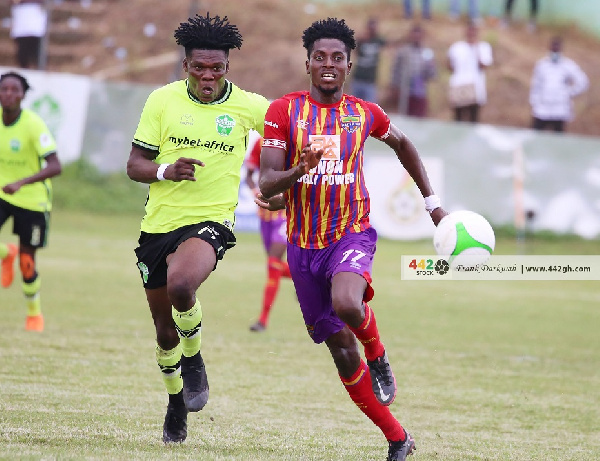 Dreams FC host Hearts of Oak at the Theatre of Dreams in Dawu on matchday 10 fixture of the 2021/22 Ghana Premier League.

The Still Believe Club will be hoping to bounce back from defeat against King Faisal in their previous fixture against the defending champions at home.

Dreams lost 3-2 away to King Faisal at the Baba Yara Sports Stadium on Tuesday.

However, the team will be missing their talisman Abdul Fatawu Issahaku and Philemon Baffour who have both earned call ups to the senior national football team the Black Stars for the 2021 Africa Cup of Nations.

Fatawu Issahaku's absence will be a big blow to Dreams FC as he has been very influential for the club in top games this season.

Meanwhile, Hearts of Oak are in a good run of form having won two games in a row.

The Phobians have been able to achieve that for the first time this season after beating Elmina Sharks and Accra Lions.

Samuel Boadu and his players travel to Dawu on Christmas day and will be hoping to give their fans a wonderful gift by securing all three points against The Still Believe Club.

Hearts of Oak will also be without their goalkeeper Richard Attah who has been drafted to the Black Stars for the 2021 AFCON by Coach Milovan Rajevac.