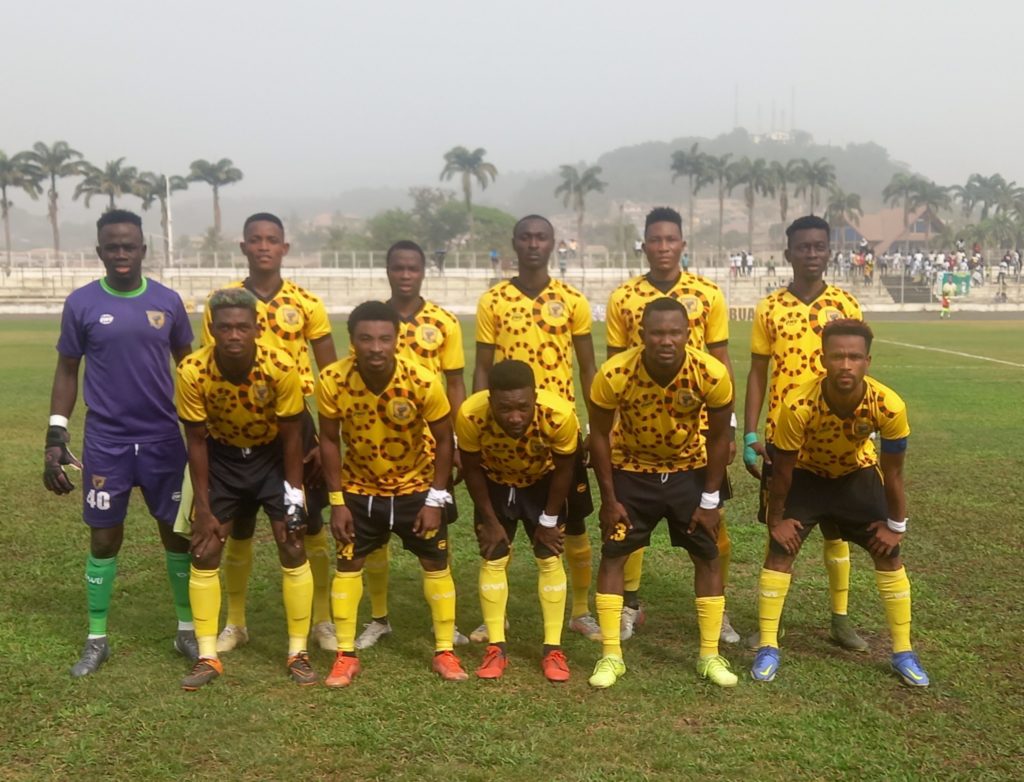 AshantiGold SC recorded a 3rd straight win on Sunday at the Len Clay Stadium in Obuasi after seeing off Dreams FC in an entertaining encounter.

The Miners claimed a 2-1 victory over Dreams to move up on the league standings.

German trainer Henry Haeusler watched the match from the stands as his working permit isn't ready to allow him at the dugout.

Assistant coach Thomas Duah led the team to face Dreams where he made two changes to the team that claimed a 1-0 victory over Accra Lions FC last week.

Amos Kofi Nkrumah started in place of Kamaradini Mamudu who is out with a slight injury whereas Empem Dacosta replaced Stephen Owusu Banahene.

Dreams trainer Vladislav Viric made two alterations to the squad that beat Aduana Stars 3-1 at the Theatre of Dreams in Dawu last Monday.

Victor Oduro returned to the starting lineup taking his place from Mohammed Abubakar at the right-back position.

Maxwell Arthur also replaced Ali Huzaif in the starting lineup for the Still Believe side.

Yaw Annor scored the opening goal of the match in the 14th minute with a brilliant goal after dribbling four defenders inside the box to slot home from close range.

The home side came close to doubling their lead in the 34th minute but Elijah Addai's shot from distance struck the framework.

Annor extended the Miners lead in the 90th minute after converting a penalty kick after Agama was fouled inside the box.