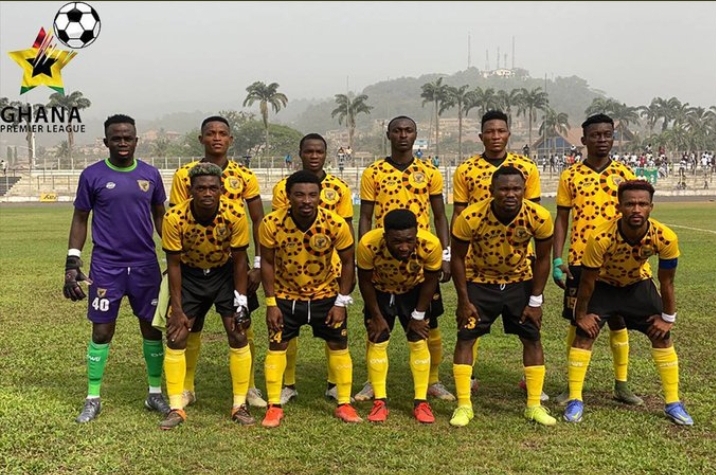 AshantiGold SC would want to open the second round chapter of the season with a win when they begin at home on Sunday when Eleven Wonders FC visit the Len Clay Stadium in Obuasi.

The Miners got the better of Wonders in the reverse fixture on the opening day of the campaign with Eric Esso's last minute thunderous strike separating the two sides.

AshantiGold had a patchy home form in the first half of the season having managed just three victories out of nine matches played in Obuasi.

They drew four and lost the two matches in the process to Aduana Stars and Medeama SC respectively.

Despite drawing 2-2 with Bibiani Goldstars FC in the last home fixture, AshantiGold remain unbeaten in their last three home matches in the league

Henry Haeusler and his men would want to build on the recent home form to complete a double over Wonders on Sunday by claiming another victory.

The German has almost a full squad available for selection for this game with the exception of defender Samed Ibrahim who hasn't renewed his expired contract with the club.

Wonders will be traveling to Obuasi to begin their second round adventure with one focus - surviving the relegation dogfight at the end of the season.

The Techiman based club are currently sitting right above the bottom placed Elmina Sharks FC in the relegation zone with 16 points from 17 games.

The "Sure Wonders" have been so poor on the road in the Ghana Premier League this campaign having picked only a point from 9 away matches.

They are currently on eight games losing streak at away and would want to end the unwanted run against AshantiGold.

Key midfielder Frank Amankwah has ditched the club to sign for newly-promoted Bibiani Goldstars FC and his absence will hugely be felt.

Wonders will go into the game with their assistant coach after Yaw Acheampong resigned from his head coach role after their home draw against WAFA SC.