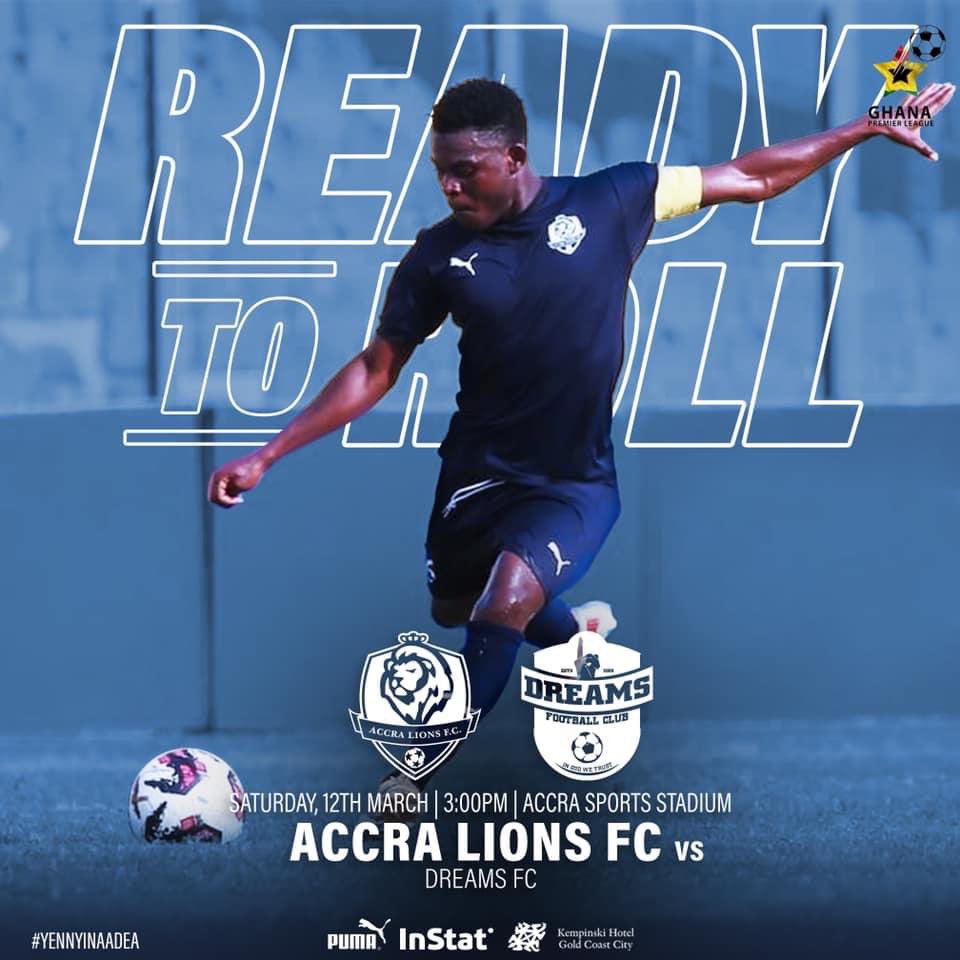 Ghana Premier League new boys Accra Lions will be hosting Dreams FC on matchday 20 of the ongoing campaign at the Accra Sports Stadium on Saturday.

Lions will be hoping for a first win in four games, having drawn their last two matches and lost one. The Accra-based club's last win came against Medeama SC on matchday 16.

Meanwhile, Dreams FC are having a topsy-turvy campaign and have won two and lost three of their last five matches. The victories were against Medeama SC and Elmina Sharks.

Accra Lions have lost some key players in the window, with lateral defenders Christopher Acheampong and Joseph Addo leaving for Bulgaria and United States respectively. Top scorer in the Division One Rauf Salifu and Jordan Ayimbila have also left for America.

However, the Lions replaced lethal forward Salifu with Seidu Basit.

Dreams FC have experience on their side with many of their players still around except of youngster Abdul Fatawu Issahaku, who joined Sporting Lisbon in the transfer window.

With both sides losing some star players, pressure is on the new guys to impress and at the Accra Sports Stadium Lions will hope to return to winning ways.

Accra Lions currently sit 15th on the table with Dreams FC ninth on the log.