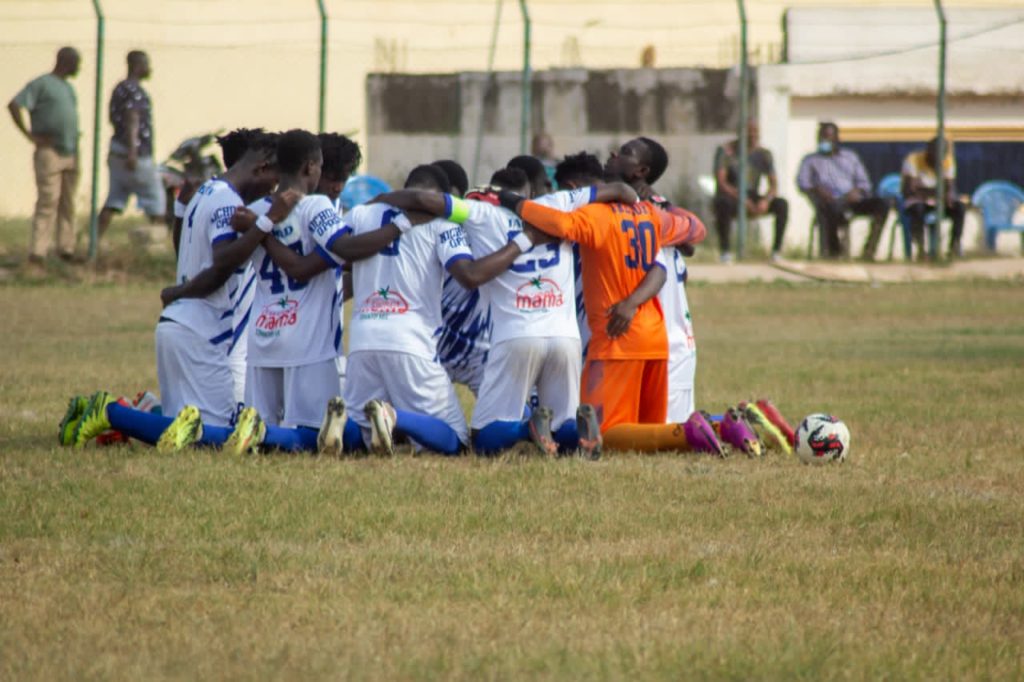 Berekum Chelsea returned to winning ways with a 1-0 win over Karela United at the Golden City Park on matchday 20.

The Bibires continue with their impressive run in the ongoing season and have gone six games without a defeat.

Karela United dominated possession in the opening minutes and failed to put the ball at the back of the net.

The Ayinese-based club came close to scoring in the 18th minute through Richard Berko's free header which went wide for a goal kick.

Berekum Chelsea bounced back to take control of the game.

Chelsea were awarded a free kick at a very close range but captain Jackson Owusu was unable to hit the target.

The first half ended in a draw with the two teams failing to convert the chances created.

The Bibires came close to doubling the lead on the 79th minute mark  but Lassina Fane missed the opportunity.

Chelsea held onto the lead to secure all three points as they extend their unbeaten run to 10 matches.