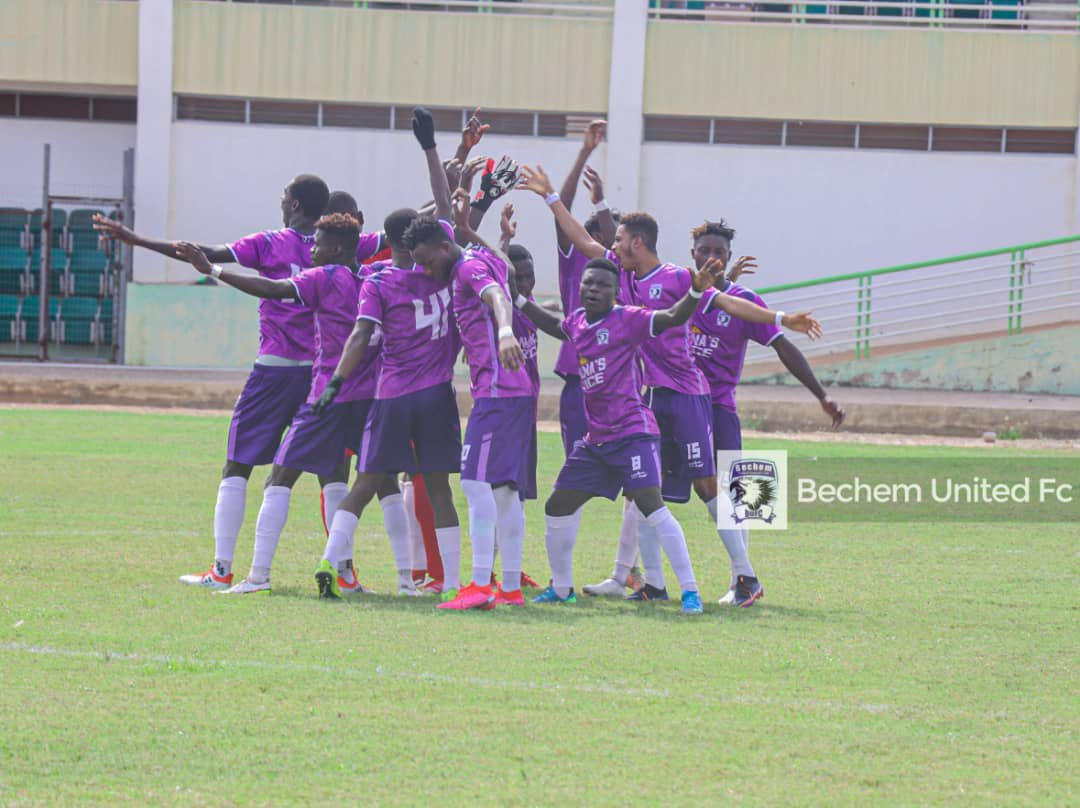 Bechem United failed to close in on leaders Asante Kotoko SC after they were held to a 1-1 stalemate by Karela United FC in the Ghana Premier League on Monday.

The Hunters couldn't take advantage of the Kotoko's blip over the weekend to close the gap on the premiership standings.

Augustine Okrah's sumptuous goal in the latter stages of the match to cancel Karela's early lead in the second half after the visitors were reduced to ten men.

Bechem head coach Kassim Mingle Ocansey made a couple of changes to the side that lost 3-2 to Eleven Wonders FC in the last round in Techiman last week.

Francis Acquah was also brought into the starting lineup instead of Joseph Kinful whereas key duo Clinton Duodu and Emmanuel Annor remained out with national team duties.

Karela trainer Bismark Kobi-Mensah on the other hand made only alteration to the team that defeated Dreams FC 1-0 in Nzema-Aiyinase in the last fixture.

Augustine Randolph returned from injury to face his former club after being named in the starting lineup in place of Isaac Donkor.

Karela got the opening goal of the match through midfielder Umar Bashiru who added to his tally this season to make it 10 goals in 26 matches.

Bashiru scored only two minutes into the start of the second half.

The visitors were reduced to ten men after defender Patrick Mensah received his second caution of the match in the 74th minute.

Bechem drew level three minutes later after Okrah scored his 12th goal of the campaign with a sumptuous finish.

It was all about the home side afterwards but they failed to find the cutting as Karela were able to contain the pressure to earn themselves a vital away point.

Bechem remains second on the league standings with seven points behind leaders Kotoko while Karela move to the top half on the log with the point claimed.