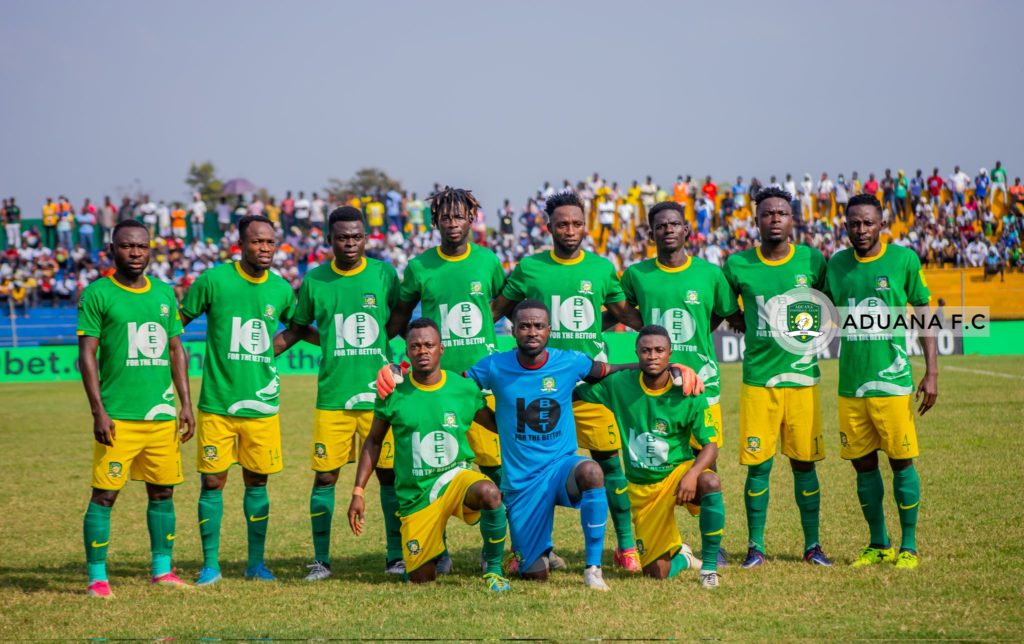 Aduana Stars were held at home by Dreams FC at the Nana Agyeman Badu Park on Sunday in week 31 fixture of the Ghana Premier League.

The Ogya Lads have failed to win at home in their last three games. Their winless run extends to 10 games in the ongoing season.

Coach Ben Zola and his players were looking to record their first win but were denied by the resolute defense of Dreams FC.

Dreams FC managed to create some decent  chances in the game.

Aduana Stars have dropped to the sixth position on the league table with 46 points after the draw.

Dreams FC remain 14th on the league table wih 35 points after securing a vital point away.

Both teams have just three games to end the Ghana Premier League.

For Dreams FC the team is hoping to avoid relegation.