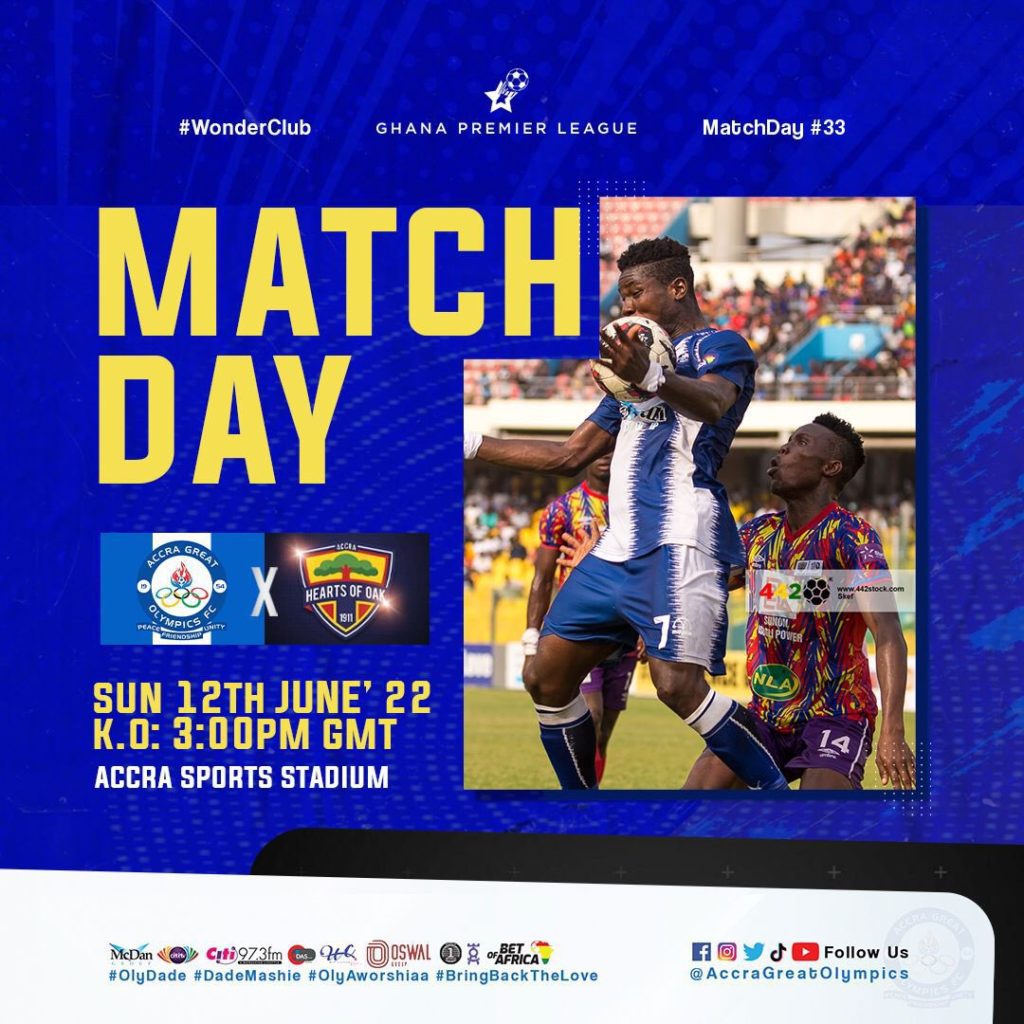 Accra Great Olympics head into the Mantse Derby on a run of four games without a win, having lost three and drawn one while Hearts of Oak will be hoping to bounce back from two defeats on a row.

The Accra-based club have had a tough campaign this season, with the champions relinquishing their title to fierce rivals Asante Kotoko.

Despite the poor campaign by both sides, there is so much at stake when it comes to the Mantse derby with the bragging rights important to the two teams.

Accra Great Olympics stunned Hearts of Oak in the first round, beating them 1-0 at the Accra Sports Stadium.

For Hearts of Oak, a top four finish remains the main ambitions while Great Olympics will be looking at closing the gap.

Sulley Muntari returns to the team after missing the games against King Faisal and Techiman Eleven Wonders.

Under-fire coach Samuel Boadu will use the game as preparations for the FA Cup final against Bechem United.