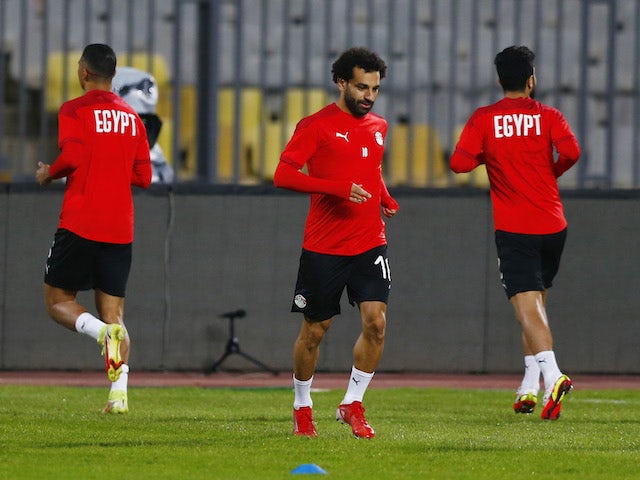 Egypt will be looking to get their Africa Cup of Nations campaign up and running when they lock horns with Guinea-Bissau at the Roumde Adjia Stadium on Saturday.

The Pharaohs are currently rock-bottom in Group D after their opening-day defeat at the hands of Nigeria, and will take the game as a must-win as more dropped points will be a huge blow to their qualification hopes.

Guinea-Bissau were denied a dream start to their Africa Cup of Nations campaign as they were held to a goalless draw by a resilient Sudan side last Tuesday.

The Djurtus came closest to breaking the deadlock in the 82nd minute when Pele stepped up to take his penalty, but 32-year-old goalkeeper Ali Abdullah Abou did brilliantly to deny the Monaco midfielder and force a share of the spoils.

This was a third consecutive goalless draw for Baciro Cande's men, who picked up three wins and lost three in six outings to finish runners-up to Senegal in Group I of the qualifiers.

Guinea-Bissau have now failed to taste victory or find the back of the net in any of their last five games in all competitions, dating back to a 4-2 victory over Sudan back in September.

While they will look to end this dry spell, next up is the daunting task of taking on an opposing side who are currently sixth in Africa and 45th in the world according to the latest FIFA World Rankings.

Egypt, on the other hand, fell to a slender 1-0 defeat at the hands of the Super Eagles of Nigeria when the sides squared off in the Group opener last Tuesday.

After Leicester City forward Kelechi Iheanacho broke the deadlock on the half-hour mark, the 2013 champions put on impressive defensive performance to keep Mohamed Salah and the Egyptian attack at bay and see out the win.

The Pharaohs have now lost each of their last three games in all competitions — their longest losing streak since 2018, when they lost four straight games, including three in Group of the 2018 World Cup.

Egypt, who are the most decorated nation on the continent with a record seven title wins, risk an early exit from the tournament should they suffer defeat on Saturday as they are currently rock-bottom in Group D.