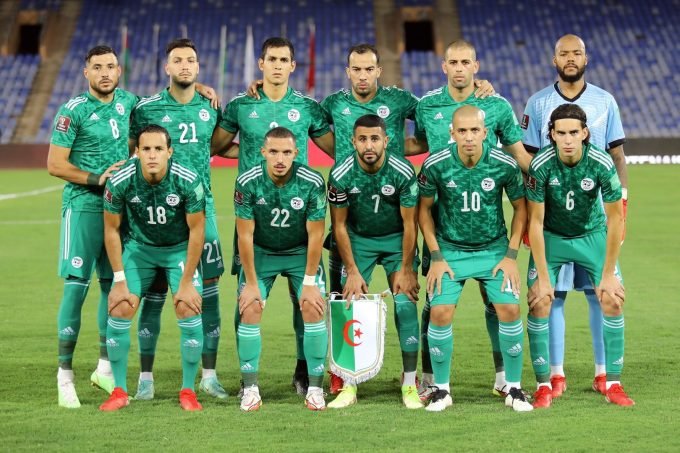 Reigning champions Algeria begin the defense of their Africa Cup of Nations title with a contest against Sierra Leone at the Japoma Stadium on Tuesday.

The teams have been drawn in Group E of this year's tournament alongside Ivory Coast and Equatorial Guinea.

Strikes from Adam Ounas and Islam Slimani either side of a Jonathan Mensah own goal saw Djamel Belmadi's men run out comfortable winners in Qatar.

The Desert Foxes, who recently went all the way in December's Arab Cup, are yet to taste defeat across all competitions since a 3-0 defeat to Morocco three years ago.

In that time, the 2019 champions have come out on top in all but six of their 27 outings while also recording 14 clean sheets and scoring 79 goals.

Securing all three points on Tuesday would be a perfect start to the North Africans' quest for back to back titles and they will be keen to lay down an early marker.

Despite only managing seven points from their six qualifying matches, Sierra Leone managed to book a place at the Cup of Nations after finishing as runners-up to Nigeria in Group L.

They have also never made it past the first round in any of the previous two appearances and will need to be near-perfect if they are to stand any chance if breaking that duck.