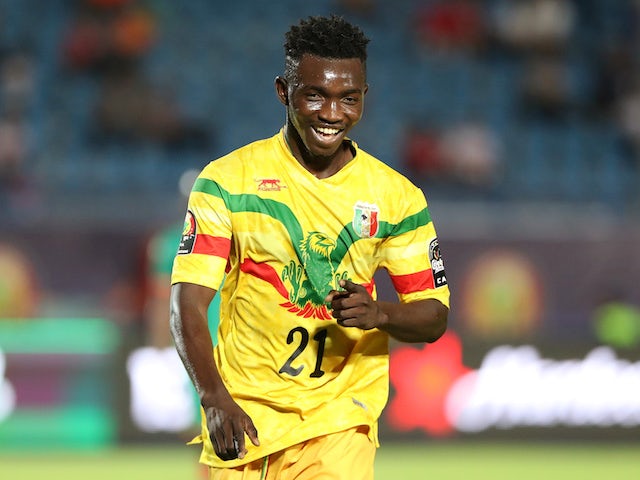 Tunisia and Mali get their quest for continental glory underway on Wednesday when they square off at the Limbe Omnisport Stadium in Group F of the Africa Cup of Nations.

The Eagles of Carthage are still licking their wounds following their Arab Cup final defeat at the hands of Algeria back in December and will look to put that behind them as quickly as possible.

While Tunisia have struggled for success at the Africa Cup of Nations, claiming the crown just once in their history, they are one of the represented nations at the tournament and will be making a 15th consecutive appearance this year.

Their only triumph came back in 2004 as the host nation when they edged out rivals Morocco 2-1 in the final courtesy of goals from Francileudo Santos and Ziad Jaziri either side of Youssouf Hadji's 38th-minute equaliser.

Tunisia, who are 30th in the latest FIFA World Rankings, secured a fourth-placed finish in Egypt back in 2019, when they fell to a 1-0 defeat at the hands of Senegal in the semi-finals before losing by the same scoreline to Nigeria in the losers final.

However, the Eagles of Carthage head into Cameroon following one of the most dominant qualifying runs in the history of the tournament, topping Group A with a healthy seven-point lead over runners-up Equatorial Guinea after claiming five wins from six games — the most of all teams in the qualifiers — and scoring the second-most goals with 14.

Led by the experienced manager Mondher Kebaier, Tunisia will now look to quickly move on from Arab Cup disappointment after they made it all the way to the final where they suffered a 2-0 defeat against reigning African champions Algeria back in December.

Like Tunisia, Mali have been a regular face at the prestigious continental tournament in recent years and will be making their eighth consecutive appearance after a superb qualification campaign.

Les Aigles won four games and dropped just five points in the qualifiers to collect 13 points from six outings and finish top of Group A, two points above second-placed Guinea.

Mohamed Magassouba's men have been in sensational form since then, picking up five wins and one draw from six competitive games to secure safe passage into the playoffs of the 2022 World Cup qualifiers.

Off the back of a round-of-16 exit in the last edition three years ago, when they lost 1-0 to Ivory Coast courtesy of Wilfried Zaha's second-half strike, the West African nation will hope they can translate their current form into a fine run in Cameroon as they look to improve on their 2019 finish.

Mali take on Gambia in their next outing, before wrapping things up in the group stages with a clash against Northwest African side Mauritania on January 20, and three points on Wednesday will undoubtedly set the pace for things to come.