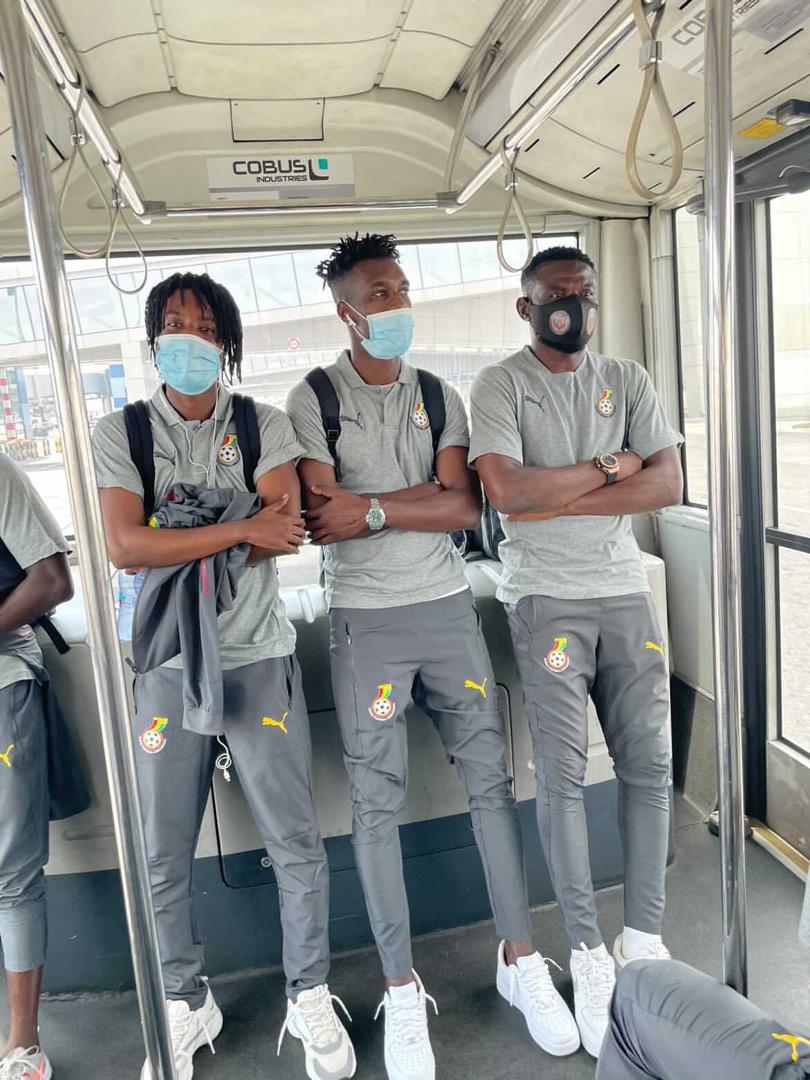 The Black Stars departed Ghana for Sudan on Sunday for the reverse fixture of the 2021 Africa Cup of Nations qualifiers.

Coach Charles Akonnor led his 22-man squad for the journey to the East African country, departing the Kotoko International Airport for the match.

Fatau Dauda was handed a late call-up to replace Richard Ofori while captain Andre Ayew also opted out of the squad because of the injury he suffered while training in Accra on Saturday.

The squad has been boosted by the arrival of Mubarak Wakaso and Jeff Schlupp to inject more power in the squad.

Ghana were 2-0 victors over their Sudanese counterparts last Thursday at the Cape Coast stadium.

Andre Ayew scored both goals for the Black Stars.

The Falcons of Jediane host Ghana at the Al Hilal stadium in Omdurman on Tuesday 17 November 2020.

The Black Stars will be travelling with 23 players, the technical team, some management members and other officials.

Ghana lead Group C with a 100% record having amassed 9 points from three games.

South Africa are 2nd on the standings with 6 points, Sudan follow with 3 points and Sao Tomé and Principe languish bottom with no win.