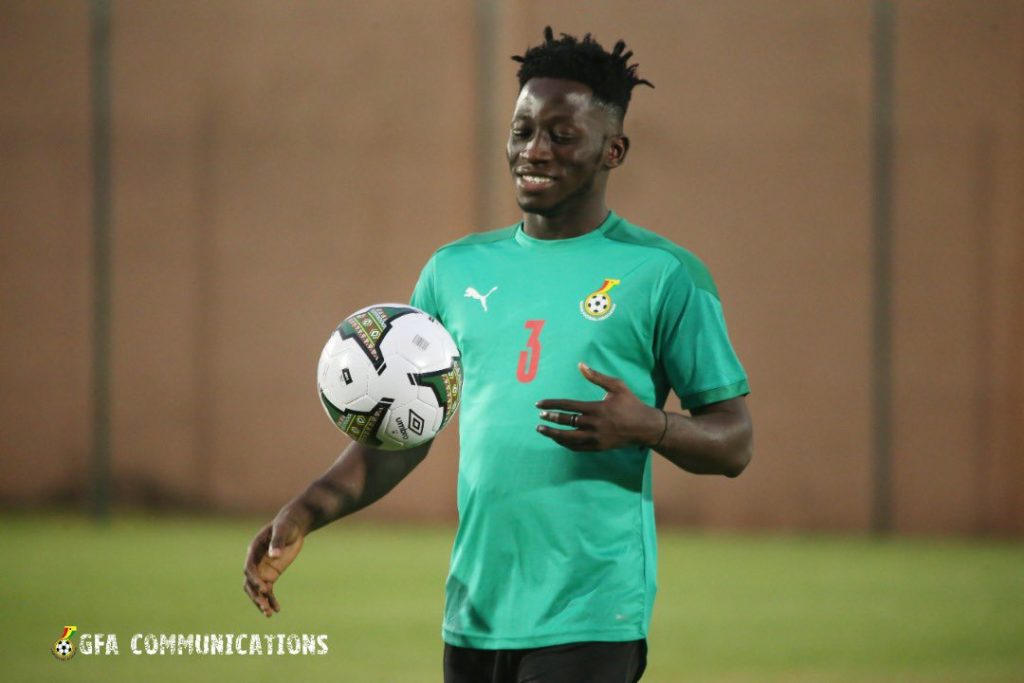 Defender Philemon Baffour is the latest player to join the Black Stars camp at the Africa Cup of Nations in Cameroon.

The Dreams FC right-back arrived late after he reportedly traveled to Portugal to sign a contract with Primeira Liga side Rio Ave.

His arrival means only Mohammed Kudus is left to join the team at the tournament which began on Sunday, January 9.

Meanwhile, Philemon Baffour is expected to deputize Andy Yiadom at the right back position at the tournament.

He is yet to make a competitive debut for the Black Stars of Ghana.

Baffuor is one of two players from the Ghana U20 team that won the Africa U20 Cup of Nations in Mauritania last year.

His inclusion has been massively criticized by Ghanaians who feel he is not cut for the national team.