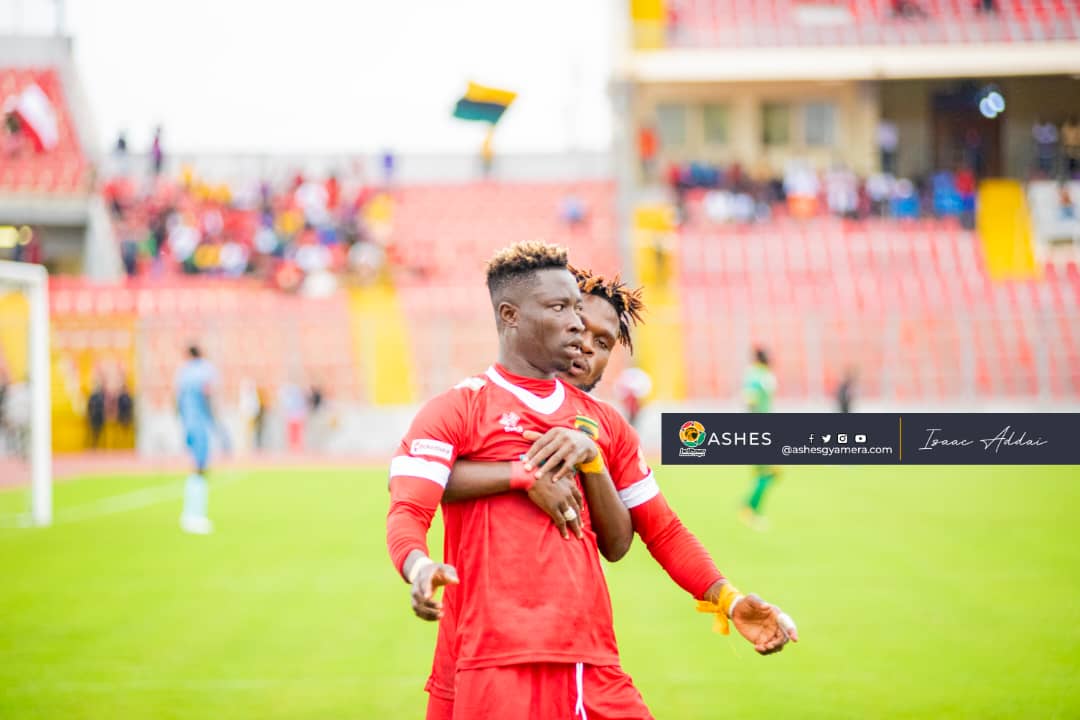 The match was a rescheduled fixture at the Babayara Stadium from matchday one due to Kotoko's involvement in the first preliminary round in the CAF Champions League.

The Porcupine Warriors opened the scoring of the match in the 15th minute after Stephen Amankona converted a penalty kick.

Amankona won the penalty kick after being brought down inside the box by Burkinabe defender Faysal Kafonon Traore following a through ball from Richard Boadu.

Kotoko continued to dominate the rest of the first half but failed to convert the numerous scoring opportunities that came their way.

Another scoring fell the way of Amankona whose effort from close range couldn't beat goalkeeper Ansah.

Winger Isaac Oppong doubled the advantage just two minutes after recess after he was set up by the Ugandan import.

Nsoatreman pulled one back in the 50th minute through Philip Ofori who connected a corner-kick from the right by former Kotoko player Baba Mahama.

The newly-promoted side kept probing for an equaliser after the getting the goal as they forced goalkeeper Ibrahim Danlad to make a brilliant save moments later.

Kotoko take on King Faisal Babes in the next round at the Babayara Stadium whilst Nsoatreman host Karela United FC next Sunday.