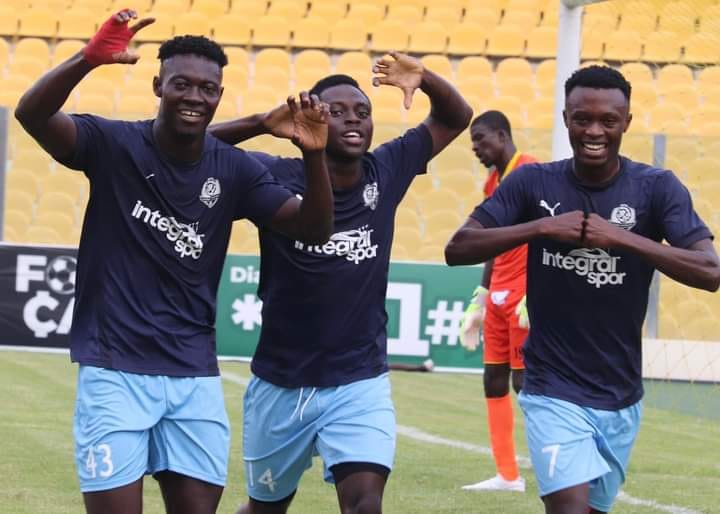 Accra Lions continued their blistering start to the season with their fifth win on a row following victory at the Nana Fosu Gyaebour Park against Bechem United.

Fredrick Asante's first half strike ensured the visitors left Bechem with all three points after an impressive display.

Bechem United started the game the better of the two sides and came close to scoring twice, but goalkeeper Andrews Owusu of Accra Lions produced brilliant saves to deny the Hunters.

Moments later, Lions began to warm themselves into the match, seizing control of the game.

Just before the stroke of half time, winger Hagan Frimpong, who was a handful for the defence of Bechem United found striker Asante, who made no mistake as he fired home the winner.

After the break, Lions made a couple changes with goal scorer Asante replaced by Seidu Bassit and Solomon Oppong coming on for Evans Ampofo.

The visitors maintained their composure despite coming under pressure from the home side. Owusu made a finger-tip save with 15 minutes remaining to keep Lions in the game.

Accra Lions were solid defensively as they secured their second win on the road this season.