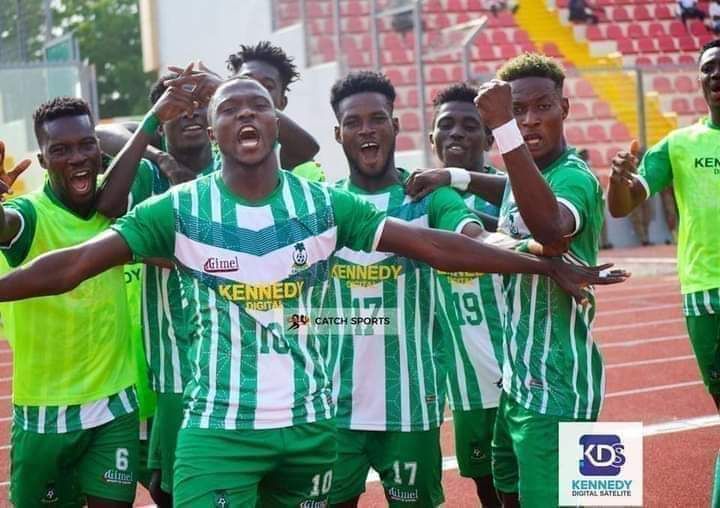 King Faisal registered its first win of the season against Kotoku Royals at the Baba Yara Sports Stadium on Friday afternoon.

The Insha Allah boys had gone five games without a win going into this matchday six fixture.

The hosts started the game strongly and were rewarded before the half-hour mark after Adom Antwi made a good use of a low-cross from Abednego Tetteh.

Adom Antwi scored the first goal for King Faisal in the 27th minute with a spectacular header that forced Benjamin Asiedu to scramble into his net.

During the final fifteen minutes of the first half, Kotoku Royals warmed up for the game, but their efforts to tie the score were unsuccessful.

King Faisal had the majority of the possession in the second half, which allowed them to score twice from a spot on the hour mark.

When Abednego Tetteh was fouled in the 18-yard, the referee gave the home team a penalty.

He chose to score the penalty kick himself, giving King Faisal a 2-0 advantage at the 60-second mark.

Emmanuel Marfo's goal for Kotoku Royals in the 85th minute cut the margin in half, but it wasn't enough enough.

Coach Jimmy Cobbinah wins his first game for the club after three outings.