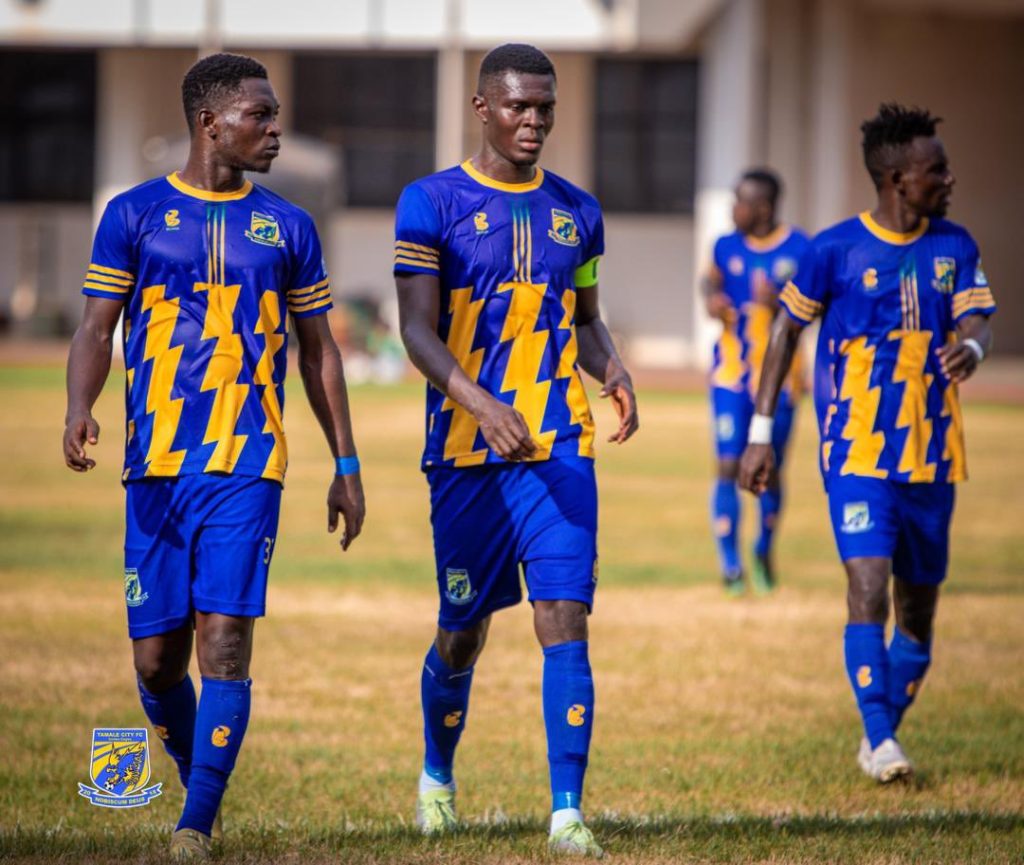 Tamale City FC will continue their search for their first win of the campaign when they welcome Aduana Stars to the Aliu Mahama Stadium on Sunday afternoon.

Since gaining promotion to the Ghana Premier League, the Citizens are yet to record a win after seven rounds. They have managed to pick just three draws in the process.

As they host Aduana on home soil, they aim at leveraging on home support to pick their first three points in a single match in Tamale.

City are rocking bottom of the league standings and a win over the Ogya Boys on Sunday will see them out of the relegation zone.

They will have to do this without captain Collins Amoah Boateng who is suspended following his sending off in the midweek.

Aduana recovered from their first defeat of the Ghana League this campaign with a win over Berekum Chelsea in the regional derby in Dormaa Ahenkro last Wednesday.

Two goals from Bright Adjei ensured the Ogya Boys returned to the top of the league standings with a 2-1 triumph.

Aduana's first loss of the season came at the Aliu Mahama Stadium in Tamale when they narrowly succumbed to Real Tamale United last week.