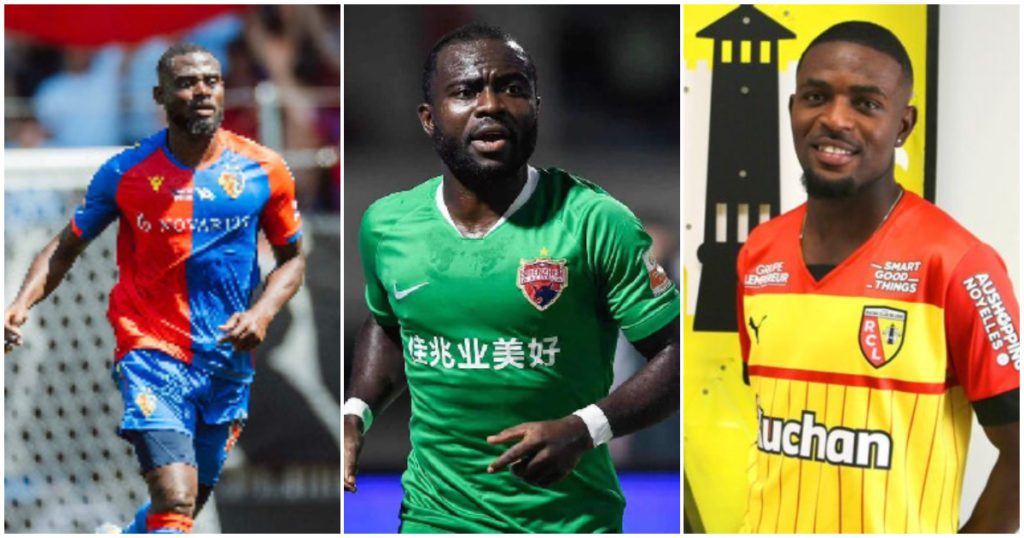 In September, most of the qualified countries will be playing international friendlies and this will be the opportunity for called-up players to justify their inclusions while potential invitees watch to take advantage of a late change of mind by coaches.

Ghana will face Brazil and Nicaragua later this month with coach Otto Addo naming a 29-man squad for the friendly, but that is not his squad for the World Cup. There could be changes in the eleventh hour and some few names who could make a surprise appearance in the final squad.

The 28-year-old is the best Ghanaian player ins Asia in the last three years. His move from Anderlecht to China came as shock to many Ghanaian fans but the former Ghana U20 winger has been an embodiment of consistency and hard work in a league that many struggle to succeed.

In 2022, Frank Acheampong scored six goals in 12 games for Shenzen FC as they reached the playoffs of the Chinese Super League. Before joining Shenzen, he was captain of Tianjin Teda.

Acheampong's versatility could prove essential with the left side of Ghana's play lacking in personnel.

RC Lens midfielder Abdul Samed Salis was only denied a place at 2021 Africa Cup of Nation by injury. The 22-year-old has been in fine form since joining Lens from Clermont Foot in the summer transfer window. Salis is a huge part of the reason why Lens are still unbeaten in Ligue and are just behind PSG on the league table.

With the fitness of Thomas Partey a problem and Idriss Baba struggling for game time at Real Mallorca, the Len player could be handed a surprise call-up.

Rejuvenated in Switzerland after his career seemed to be headed for obscurity following struggles in Germany. Having joined Hoffenheim in 2019, Kasim Adams had to spend time on loan at Dusseldorf, where he still could not find his feet.

But after difficulties to exert himself in German football, the 27-year-old returned to Switzerland, where he joined FC Basel. And despite the rivalry between Basel and former club Young Boys, Adams is carving a cult-hero status at his new club.

His performances could provide Otto Addo an outside alternative to his already available defenders.

Even his absence from the squad for the friendlies against Brazil and Nicaragua is causing some stir in Ghana. Fans are calling for his inclusion following his rich run of form in the Belgium pro league.

Painstil has scored four goals in eight matches for KRC Genk, and has scored more than Inaki WIlliams, Jordan Ayew and Felix Afena-Gyan. He was part of Ghana's team at the 2021 Africa Cup of Nations.

Ghana's ?? Joseph Painstil on target ? for Genk against Union St. Gilliose in the Belgian league.

Very tight angle,manages to squeeze the ball pass the goalkeeper. Great technique from the Ghanaian.

Wakaso returned to Europe after three years in China. He joined Belgium Pro League side KAS Eupen in the summer transfer window and made his debut against KV Oostende last weekend.

The 31-year-old has enormous experience playing for the national team and could be an option for Otto Addo in the middle of the park. Wakaso was part of Ghana's squad for the AFCON qualifiers in June and played in the Kirin Cup in Japan.