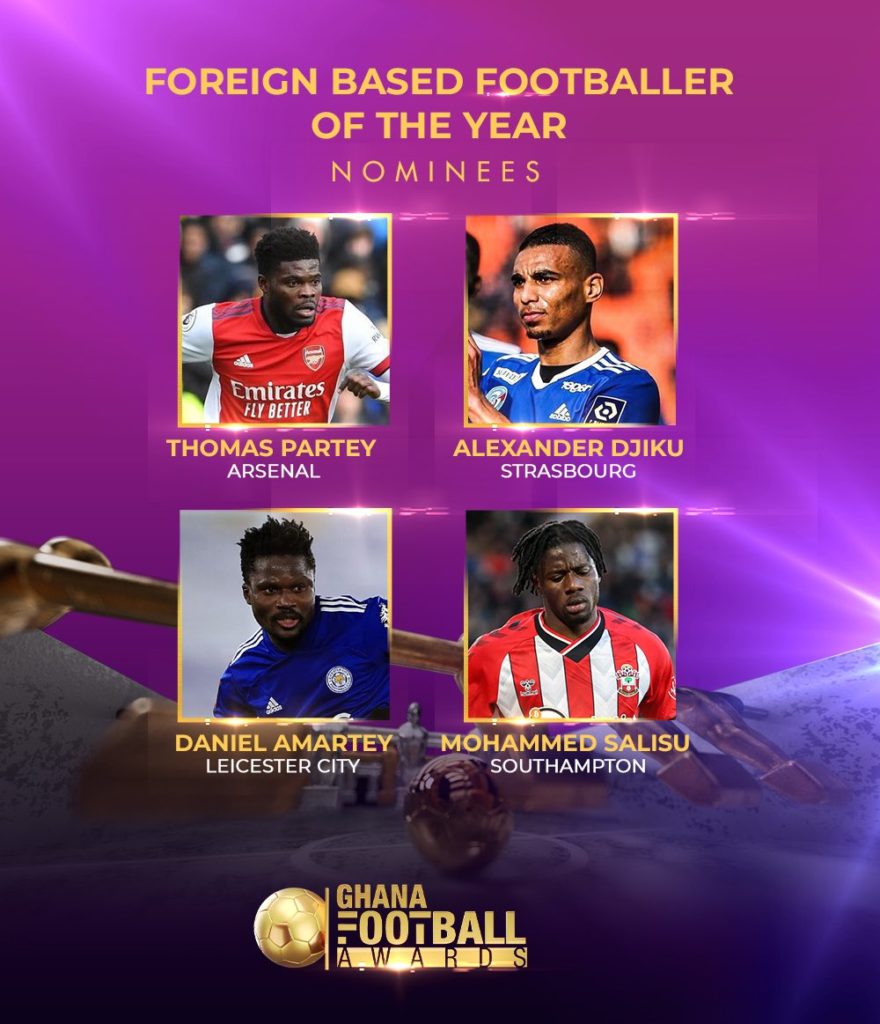 Three Ghanaian players who ply their trade in the English Premier League have been nominated for the flagship prize in this year's Ghana Football Awards.

This was revealed during the Nominees' Announcement conducted on Joy Prime on Multi TV on Friday, June 17, 2022.

Deputy Ghana captain and Arsenal star Thomas Partey, Daniel Amartey of Leicester City and Mohammed Salisu of Southampton are three of the five players shortlisted for the Ghana Football of the Year category this term.

The other two players are France-based Alexander Djiku and Jojo Wollacott who plays in the  English lower division.

The five players will battle it out to be crowned the Ghana Footballer of the Year with the winner succeeding Andre Ayew who won the award last year.

The Ghana Football Awards scheme which has become the most coveted in the football space celebrates footballers who have done great exploits within the year under review.

These players are celebrated in grandeur style at the football awards which come off every July.

This year's event will take place at the Grande Arena of the Accra International Conference Centre on Saturday, July 2, 2022.

While the Football of the Year is the icing on the cake, other exciting categories include the Home-based Footballer of the Year which honours Ghanaians and foreigners who play in the domestic league.

This season, league winners Asante Kotoko have two players Imoro Ibrahim and Franck Embella Etouga, in the reckoning for that award. They must beat off competition from Yaw Annor of Ashgold and Agustine Okrah of Bechem United for the award.

The July 2 awards night will see a mixture of heavyweight personalities in the football and showbiz industry gathering for one of the most anticipated nights in the country.