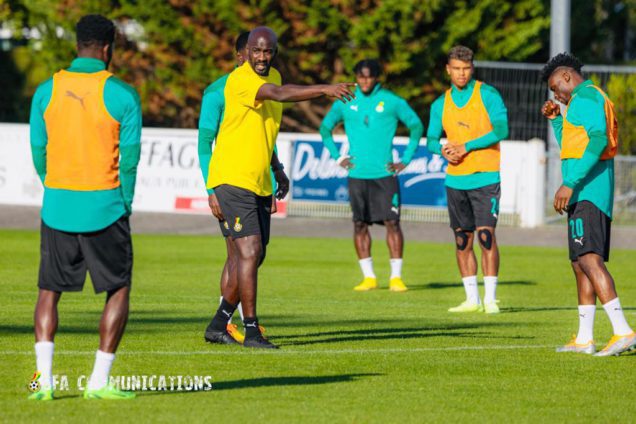 Black Stars Otto Addo has stated that 70% of the squad he assembled for September friendlies against Brazil and Nicaragua will be named to the Qatar 2022 World Cup squad.

The remaining 30%, according to the former Ghana international, will be tough decisions made by the technical team in their monitoring of players outside the current squad.

Otto Addo invited 29 players for the friendlies, but only 28 showed up, with Benjamin Tetteh missing out due to a serious injury. Thomas Partey, on the other hand, had to leave early due to a suspected knee problem.

The squad included Inaki Williams, Tariq Lamptey, Ransford-Yeboah Königsdörffer, Mohammed Salisu, and Stephan Ambrosius, who all confirmed earlier this year that they would play for Ghana. Only Ambrosius was not used by Addo in either of the friendly games.

“The remaining 30 per cent will be tight decisions. We’re watching the players closely for the next few games to see who could play for Qatar in October.”

Black Stars captain Andre Ayew shares a similar sentiment with Otto Addo. He specifically mentions some senior players in the current team have the advantage of being selected for the World Cup.

The Al Sadd midfielder adds other players have to compete for the remaining slots.

“Apart from senior players who may have an advantage, I believe no one is guaranteed a place in the squad just yet,” he told Graphic Sports.

“Everyone must prove their quality on the field and everyone has a chance, giving the coach more options and solutions, formations, and I believe it is beneficial to have new players with the right mentality.”

Black Stars will play another friendly against Switzerland on November 17 before beginning their World Cup campaign on November 24 against Portugal.

They will then play South Korea and Uruguay to complete the group stage.