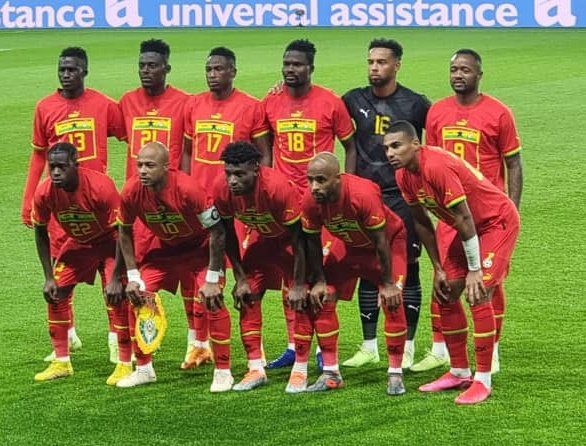 The Black Stars play Switzerland in their final preparatory game before the 2022 World Cup kicks starts in a week's time.

Ghana engaged Brazil and Nicaragua in two friendlies last month as part of the preparations.

The Black Stars lost 3-0 to Brazil and recorded a slim win against less fancied Nicaragua in Spain.

According to Yaw Preko, the two friendlies against Brazil and Nicaragua helped Coach Otto Addo to experiment his squad and decide on his core team ahead of the tournament.

He explained that the two games will help Otto Addo decide on which players will form his starting II going into the tournament.

"After playing these two friendlies I know Otto Addo has an idea of which team he wants to play.

"He used the friendlies as an experiment and I don’t think he will bring in new players. He now has an idea of his starting lineup. In the Switzerland match we will see his hand writing on the team", Yaw Preko said in an interview on Asempa FM.

"With the two friendly matches he used it as an experiment. The core of the team that will play at the World Cup will play the Switzerland game", he added.

Ghana has been placed in Group H alongside Portugal, Uruguay and South Korea.