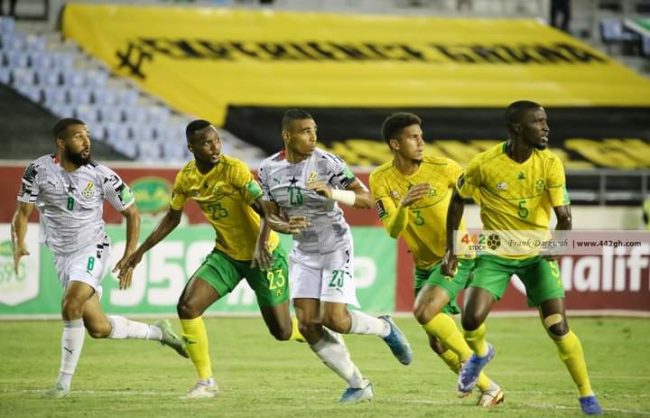 “We have submitted [the complaint], but we have not yet got anything official from Fifa,” Safa CEO Tebogo Motlanthe said

“Caf responded [acknowledging receiving the complaint] in the morning [on Wednesday]."

This comes after FIFA issued a statement confirming receiving a formal complaint by South Africa regarding the match in which they lost 1-0.

South Africa hopes of reaching the global showpiece in Qatar were dashed following the defeat at the Cape Coast stadium on Sunday.

Andre Ayew scored the only goal via the penalty spot in the 33rd minute. Senegalese referee Maguette Ndiaye awarded Ghana the penalty following a foul on Daniel Amartey.

But that decision has irked South Africa who have gone on to make wild allegations. They claim there was a clear pattern of match manipulation and that they were robbed by the match officials.

FIfa has referred the matter to the Disciplinary Committee which is expected to start hearing next week.

The Ghana Football Association has been asked to submit a formal response to the complaint.