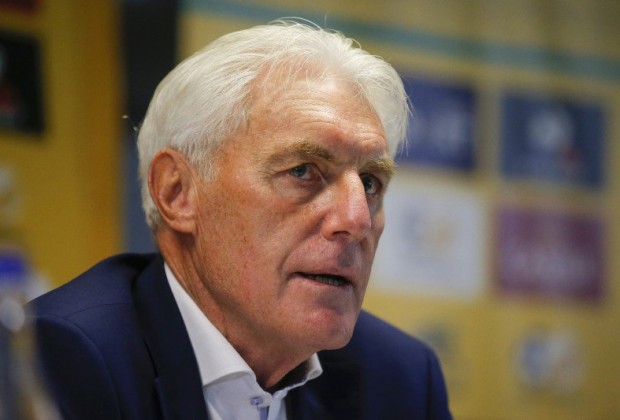 South Africa coach Hugo Broos wants the Ghana match replayed as he believes they were cheated in the all-important 2022 World Cup qualifier at the Cape Coast Stadium on Sunday.

Broos side needed a draw to progress to the next round and stay on course to appear at the World Cup for the first time since they hosted in 2010. But their hopes were dashed by Ghana who edged them with a 1-0 scoreline.

Andre Ayew, playing his 100th match, scored the decisive goal from the penalty spot. The penalty awarded to Ghana in the 31st minute forms the basis of South Africa’s protest at FIFA in which they seek a replay.

They insist Senegalese referee Maguette Ndiaye got it wrong to award Ghana a penalty after Daniel Amartey was fouled in the box by defender Rushine De Reuck.

Replays show De Reuck impeded the Leicester City defender but South Africa said contact was minimal and should've been ignored by the official.

“After the game, I was more convinced it has been against us that we couldn’t win that game and this is very frustrating," Broos said on Wednesday.

“I saw players crying after the game, I saw frustration, I saw anger, I saw everything and I think it was the right emotional that we have to have after that game”

Meanwhile, FIFA has set November 23 as the hearing date for South Africa's protest.