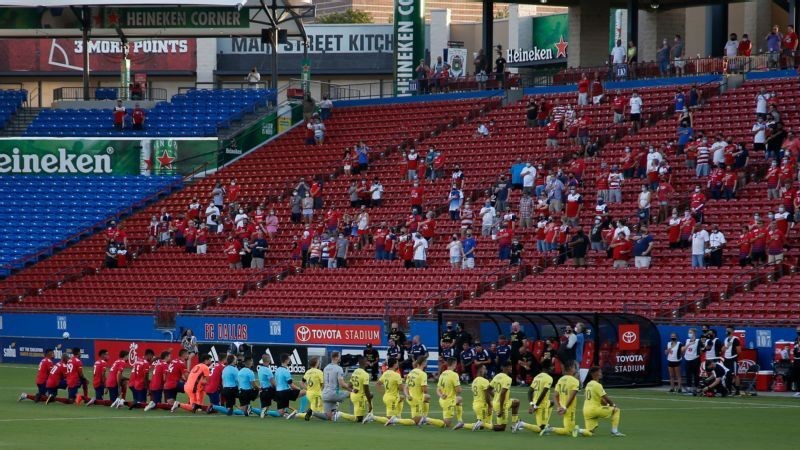 Nashville captain Dax McCarty picked up his 59th career MLS assist on the game's only goal, and his first with his fifth MLS team while playing against his first.

Joe Willis made five saves in the expansion club's third-ever MLS match, and the first since the COVID-19 pandemic brought the regular season to a halt in March.

Nashville SC head coach Gary Smith was not with his club team's first win after a false positive COVID-19 test disrupted his travel plans. By the time the confusion was sorted out and he had two consecutive negative tests, he was unable to make it to the game. Assistant Steve Guppy filled in for Smith.

Dallas and Nashville are getting a head start on the remaining 24 MLS teams in resuming their season in local markets after their own virus outbreaks prevented them from competing in the recently concluded MLS is Back Tournament. The other 24 teams played three regular season matches as part of the event.

Dallas and Nashville will play again in Texas on Sunday before the rest of the league resumes play beginning Aug. 21.

Dallas led 15-7 in shots, and 5-4 in efforts on target, and looked the more likely to find a winning goal for most of the second half.

But four minutes after his entrance, Accam found himself played down the left flank by McCarty with the opportunity to run at a retreating defense. He cut in toward the penalty spot, then unleashed a low left-footed shot that appeared to redirect off the legs of center back Matt Hedges before it skipped past Jimmy Maurer and inside the right post.

Zdenek Ondrasek had a promising look at a stoppage-time equalizer for Dallas, but his chance from the left side of the penalty area was blocked by defender Walker Zimmerman. On the final kick of the match, Bryan Acosta fired a 22-yard free kick well over the crossbar.