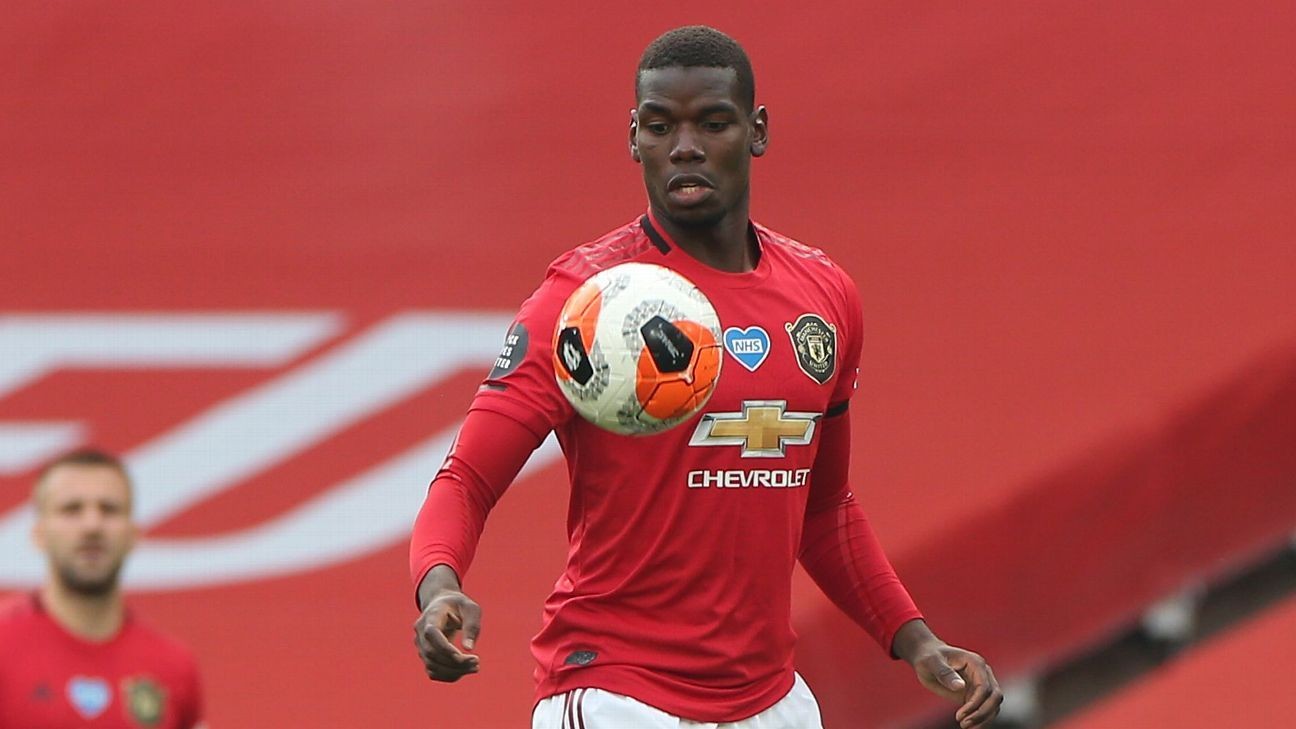 United came from behind to lead 2-1 and looked set to leapfrog Leicester City and Chelsea in the race for Champions League football before Michael Obafemi's goal in stoppage time. Stuart Armstrong gave the visitors the lead in the first half after a mistake from Paul Pogba but United hit back with two goals in three minutes before half-time through Marcus Rashford and then Anthony Martial, who both scored their 21st goals of the season.

Despite the late equaliser, it's still 18 games unbeaten for United. With Crystal Palace, West Ham and Leicester to play in their remaining three games, Ole Gunnar Solskjaer will fancy his chances of finishing in the top four and securing Champions League football next season.

Solskjaer will want his team to start games quicker than they have been doing recently. Bournemouth scored first at Old Trafford before conceding five and Aston Villa were the better team for the first 25 minutes at Villa Park. Here, Southampton deservedly took the lead after an impressive first 20 minutes before goals from Rashford and Martial. Another slow start would have perhaps been forgotten if Saints had not grabbed a late goal.

7 -- Solskjaer named the same starting XI for the fifth league game in a row -- the first time that's happened since 1993. Solskjaer won't have been happy with the way his team started the game or conceding from a late set piece. United had to finish the game with 10 men after Brandon Williams went off with a head injury and the United boss had already used his three allocated substitution slots.

GK David De Gea, 7 -- Playing for United for the 400th time. Made a good save from Nathan Redmond's effort.

DF Aaron Wan-Bissaka, 6 -- Had his hands full with Redmond and didn't get forward as much as he would have liked.

DF Luke Shaw, 7 -- His run and cross to Rashford deserved a goal but the England forward was just offside. Went off in the second half favouring his ankle.

DF Victor Lindelof, 5 -- Timely interception to block Redmond's pass to Che Adams in first-half stoppage time. Was the wrong side of Obafemi when he scored in stoppage tine.

DF Harry Maguire, 6 -- Had no idea where Armstrong was at the back post when the Scotland midfielder put Southampton 1-0 up.

MF Nemanja Matic, 6 -- Seemed to be pushed very deep for much of the night. Lost the first header to Jan Bednarek before Obafemi got the last touch.

MF Paul Pogba, 5 -- Flashed a fabulous pass down the right for Bruno Fernandes inside the first two minutes. Lost the the ball in midfield as Armstrong put Southampton in front, and was hooked with a half hour left to play.

MF Bruno Fernandes, 6 -- Got the assist for Martial's goal but it was a quiet night by his high standards.

FW Mason Greenwood, 6 -- Had some defending to do with Ryan Bertrand running past him down Southampton's left. Lucky to escape unhurt after a horror challenge from Oriol Romeu.

FW Marcus Rashford, 8 -- Good finish into the far corner to make it 1-1. Best game since returning from injury.

FW Anthony Martial, 8 -- Missed a golden chance early on but then did brilliantly to set up Rashford's equaliser and scored a fantastic individual goal soon afterwards.

DF Brandon Williams, N/R -- Came on for the hobbled Shaw before having to leave the pitch with an injury himself.